Born in Oslo and representing the skating club ASK (Arbeidernes Skøyteklubb – later called Aktiv Skøyteklubb) Johannesen won the World Allround Championships in 1957 and 1964, the European Allround Championships in 1959 and 1960, and won the Norwegian Allround Championships eight times (1955 and 1957–1963). He was Olympic Champion twice – on the 10,000 m at the 1960 Winter Olympics in Squaw Valley and on the 5,000 m at the 1964 Winter Olympics in Innsbruck. He led the Adelskalender for a total of 1,100 days. For his achievements, he received the 1959 Oscar Mathisen Award and was elected Norwegian Sportsperson of the Year in 1960.

Johannesen also set a total of four world records over the course of his career, the most famous of which was his 15:46.6 on the 10,000 m at the 1960 Olympics. The Soviet-Russian skaters Nikolay Shtelbaums and Vladimir Shilykovsky had earlier improved on the equally famous 1952 world record 16.32.6 of Hjalmar Andersen, but his time of 15:46.6, along with Kjell Bäckman's time of 16:14.2 from an earlier pair, was the first officially recognised world record achievement since 1952.

Beside skating, Johannesen worked as a carpenter and later ran a gas station.

Over the course of his career, Johannesen skated four world records:

Johannesen has an Adelskalender score of 178.358 points. He held first place on the Adelskalender for a total of 1,100 days during two periods between 1960 and 1964. 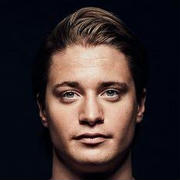