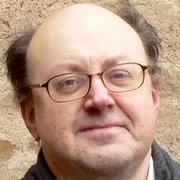 Klaus Graf (born 21 July 1969) is a German professional racing driver. He is the son of rally driver Peter Graf. He lives in the United States while competing in the American Le Mans Series. He resulted LMP1 class champion in 2012, and runner-up in 2010 and 2011.

Born in Dornhan, Graf has won championships and races in several road racing series. In 2004, he raced part-time in NASCAR Nextel Cup for BAM Racing. He competed in one race at Infineon Raceway finishing 17th; however, he attempted two other races during the year. He attempted 8 races for the same team in 2007 but did not qualify for any of them. In 2005 he won the Trans-Am Series Driver's Championship, becoming the first Trans Am champion born outside the United States since David Hobbs in 1983.

Klaus currently races for Muscle Milk Pickett Racing in the American Le Mans Series. His best finishes in the 2010 season were an LMP2 class win at the 12 Hours of Sebring sharing with team owner Greg Pickett and Sascha Maassen, and overall race wins (and LMP class) at the Northeast Grand Prix sharing with Pickett, and at the Grand Prix of Mosport sharing with Romain Dumas.

In 2011, Graf collected further victories at Long Beach, Mosport, Mid-Ohio and Road America in the team's Lola-Aston Martin. For 2012, Graf returns to the team and will be paired with Lucas Luhr in a new HPD ARX-03a for the entire ALMS season.

† — Did not finish the race, but was classified as he completed over 90% of the race distance.

The contents of this page are sourced from Wikipedia article on 09 Mar 2020. The contents are available under the CC BY-SA 4.0 license.
View Klaus Graf 's image gallery
Image Gallery 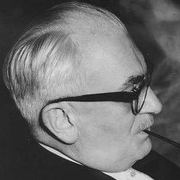