Klaus Dierks (19 February 1936 in Berlin-Dahlem – 17 March 2005 in Windhoek) was a deputy government minister, a transport planner and civil engineer in Namibia.

Dierks was born in 1936 in Berlin-Dahlem, Germany. He studied civil engineering and history at the Berlin Technical University and earned a diploma in Engineering in 1965 and doctorates in 1965 and 1992. Immediately after receiving his diploma, Dierks became an engineer in South Africa before moving to what is now Namibia.

In 1982 Dierks became a member of resistance movement SWAPO rising to be a member of its Central Committee. He argued for the "Development of the infrastructure regarding the road system in an independent SWA/ Namibia" in 1979 when both the topic of independence and the name "Namibia" were considered revolutionary. In the 1980s he was forced to resign after 22 years of service, and he then set up his own consultative business. It was at this time that Dierks started to write about Namibian history, "pursuing an academic war against the apartheid regime" by outlining the cultural and economic development of the area before the encroachment of European settlers and missionaries, a fact contested by the colonial regime.

At Namibian independence in 1990 he became deputy minister, first with the Works, Transport and Communication portfolio and later in the Ministry for Mines and Energy. He was a member of the National Assembly of Namibia from independence until 2000, when he retired from politics. He was known for his love of history, mountaineering and photography.

Later he served with the Namibian Electricity Control Board energy regulator and he managed to turn around TransNamib (the Namibian railway company) from loss to profit in three years.

Klaus Dierks lived up to his death with his wife Karen von Bremen and his four children in Windhoek. 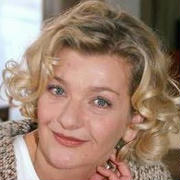