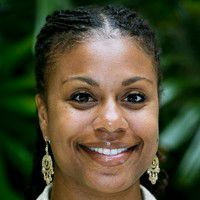 Kisha B. Holden
The basics

Kisha Braithwaite Holden is a scientist known for her research on mental health of African-Americans and members of other minority groups. She is Professor of Psychiatry & Behavioral Sciences and Community Health & Preventive Medicine and Interim Director of Satcher Health Leadership Institute (SHLI) at Morehouse School of Medicine.

Holden received her Bachelor of Science in Psychology (1993), Masters (1997), and Doctorate in Counseling Psychology (2003) at Howard University. She completed a post-doc fellowship focusing on community based participatory research in mental health at Johns Hopkins University between 2003-2005. Holden then earned a Masters of Science in Clinical Research at Morehouse School of Medicine in 2012.

Holden served as the research director for the Children's National Medical Center between 2001-2003. She then joined Morehouse School of Medicine's Department of Psychiatry and Behavioral Sciences in 2005 where she worked as an Assistant Professor of Clinical Psychiatry until 2010. In 2011, Holden became an Associate Professor at the Department of Psychiatry and Behavioral Sciences, and Community Health and Preventive Medicine at Morehouse School of Medicine. Between 2012-2013, she served as the Director of Community Voices: Healthcare for the Underserved, and as the Interim Research Director of SHLI. She then became the Deputy Director of SHLI in 2013 and the Interim Director in 2015.

Holden is married to Elton Holden and has a stepdaughter named Michele.

Holden's work focuses on "encouraging mental health and well-being among ethnically and culturally diverse families" with a particular emphasis on underserved and underrepresented populations through research and programming. Her aims include promoting the quality of community-based clinical and translational mental health research, developing programs to improve individual accessibility to comprehensive healthcare, and develop cultural and gender specific resilience based prevention and intervention models for individuals at risk for depression.

Holden is a principal investigator at the Transdisciplinary Collaborative Center (TCC) at the Morehouse School of Medicine which aims to eliminate health disparity, especially among the underserved, ethically, and culturally diverse populations. She writes for the monthly TCC Kaleidoscope Column which focuses on topics related to TCC's mission of advancing health equity.

Holden is engaging in the TCC project THRIVE, Towards Health Recovery and Integrated Vital Engagement which aims to create a culturally sensitive and integrated behavioral health model targeting depression and co-morbid chronic diseases in the primary care setting for adults.

The contents of this page are sourced from Wikipedia article on 03 Jul 2020. The contents are available under the CC BY-SA 4.0 license.
comments so far.
Comments
Reference sources
References
https://www.fox5atlanta.com/news/study-some-black-college-students-face-hidden-mental-health-crisis
https://www.webmd.com/mental-health/news/20191204/african-americans-face-unique-mental-health-risks
http://satcherinstitute.org/leadership/
https://www.msm.edu/about_us/FacultyDirectory/Psychiatry/KishaHolden/index.php
https://www.paradigmshiftconference.org/new-page-5
https://www.apa.org/monitor/2013/09/award-winners
https://fierceforblackwomen.com/2012/09/11/kisha-holden/
//www.ncbi.nlm.nih.gov/pmc/articles/PMC4228792
//doi.org/10.1037%2Fa0038122
Trending today in 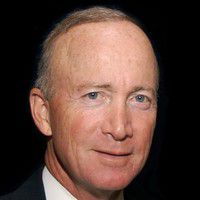