Kirk Farmer was born in Richmond, Virginia on Valentine’s Day in 1973. He is the only son of jazz musician, Calvin Farmer, and Joanne Farmer. Very early on in his childhood, Farmer was exposed to a wide variety of music ranging from Kenny Rogers to The Beatles to John Coltrane. At the age of seven, Farmer’s father attempted to teach his son saxophone and music theory. With no apparent interest in music, the lessons were quickly halted.

Growing up in the Richmond suburb of Bon Air, just south of the city, Farmer attended public schools in Chesterfield County where he was an exceptional student until middle school when he began to use marijuana and LSD. His grades and attendance greatly suffered until he dropped out of High School at the age of 15 following an arrest and a fourteen-day juvenile detention sentence. Following his release, and in spite of the terms his probation, Farmer spent the next two years drifting from one temporary residence to another while frequently traveling up and down the East Coast to attend Grateful Dead concerts.

At 16, and with no musical training, Farmer joined his first band as their lead singer. The band was called “The Kind” and they specialized in performing bluesy, rocked up versions the music of The Grateful Dead. Farmer had long idolized Jerry Garcia and Bob Weir for their guitar playing and songwriting styles, but still felt the need to perform their music in his own style. As a gift from his girlfriend on his seventeenth birthday, he received his first guitar and began to teach himself to play by memorizing the fingering charts of a Grateful Dead Anthology music book. He also took guitar playing tips from, and wrote his first songs with recording artist Lee Graham (Jazz Poets Society, Sony Records), who was at that time the 16-year-old guitar player for The Kind.

By the age of 20, Farmer was drug-free and performing with some of the most well-respected musicians in the Richmond area as well as a number of nationally know recording artist. Many of them were seasoned blues and southern rock musicians twenty to thirty years his senior. Farmer saw several of these musicians as mentors and derives much of his writing and performance style from their influence.

It was also during this time period that Farmer began apprenticing in the sound production and studio recording industry. He maintained a day job as a door to door salesman, but music production and stage performance had become the main focuses of his time and efforts. He made a name for himself both as a solo artist and as the front man for the Richmond-based regional act, Outcry. He later performed as the lead guitarist and co-front man of the band, The Guitar Brothers.

At the age of 25, Farmer enrolled himself at ECPI College of Technology in Richmond, Virginia where he received a degree in Computer Electronics Technology. Armed with his new degree and his knowledge of digital media production, he began to market himself as booth a musician and a professional Sound Technician.

In 1997, Farmer was approached by drummer / guitarist, Jay Turner about forming an acoustic folk rock band called The Guitar Brothers. Farmer and Turner had shared the stage before in other musical incarnations and were familiar with each other's styles and repertoire. After their first rehearsal, they also became aware of how well their voices blended together. Concentrating heavily on vocal harmonies, they quickly put a show together and began booking themselves in local bars and restaurants.

The Guitar Brothers released their first studio album entitled Memories Worthy Of A Song on the indie label, For The Ride Records in the early Spring of 2001. The CD received excellent reviews but lagged in retail sales. However, following a feature article in Richmond’s Style Weekly Magazine, the now four-piece band’s popularity grew.

By the summer of 2001, what started as a two piece folk band had evolved into a five piece rock band that was performing three to four nights a week throughout the region. With Farmer on the lead guitar, and sharing the lead vocal position with Turner, the band began to book opening shows for national headliners and performed at fundraisers for organizations such as St. Jude's Children's Hospital and The National MS Society. As well, numerous television appearances and event performances made Farmer, and The Guitar Brothers, some of the most recognizable musicians in central Virginia.

Despite the band’s new-found recognition, Farmer moved from his hometown of Richmond to Roanoke, Virginia late in 2001. After nearly six months of the three-hour commute between Richmond and Roanoke for weekly shows, Farmer called it quits and left The Guitar Brothers in 2002

In 2003, at the age of 30, Farmer got his first taste of success, and failure, as a solo artist. After relocating to the city of Roanoke in the Appalachian Mountains of southwest Virginia, he opened Star City Recording Studios and quickly became a major player in the local music scene. The following spring, Farmer was asked to perform for a taping of the regional PBS television program, Blue Ridge Open Mic. It was during this broadcast that he first performed one of his newly recorded songs, “It’s Over Now”. The song was an instant success and was soon being played on various radio stations around the country. He planned a national tour in order promote the song and support sales of the CD entitled “The Long Road”. However, with no record contract and no financial support for his tour, he was forced to return to Roanoke before he could finish his bookings. Frustrated and broke, Farmer relocated back to Richmond in 2004 where it would be nearly a year before he performed on stage again.

Dirty Rumors is a 5 piece jam/rock band based out of Roanoke, VA. It was formed by Farmer and lead guitarist Tim (Caesar) O’Sullivan. The band is known for Farmer’s gritty vocal work as well as the ensembles intricate musicianship and extended instrumental interludes. Typically billed as a jam band the groups sound alternates between hard rock, blues, jazz and funk, often times in the same song.

Farmer and O’Sullivan met at an open mic jam at a bar in Roanoke County, Virginia in the fall of 2012. After several weeks of attending various open mic nights they finally decided to start a band of their own. During their search for other musicians interested in the loose, jam style of rock that Farmer and O’Sullivan had cultivated, they encountered drummer Thomas Wilson and bass player Scott Sutton. At that time, Wilson and Sutton where hosting one of the open mic shows that Tim and Kirk frequented.

Farmer asked Scott and Thomas if they would be willing to play some shows with the budding duo that they had dubbed “Dirty Rumors”. The name came from the rumor that Tim and Kirk had been playing together for a long period of time. In reality, the two had only recently met but had already built a musical rapport with one another that most musicians would have taken years to develop.

It wasn’t until one of the band’s first performances a few weeks later that keyboardist Ben Hite joined the band rounding out the official lineup. Ben was already a well known musician and was actively being pursued by several other bands in the valley.

Dirty Rumors worked steadily over the next couple of years performing in clubs and venues throughout Virginia including several large festivals and events.

January 2014 saw the release of the band’s first EP entitled “Unity Gain”. The EP featured an eclectic collection of songs written by Farmer and was recorded in bass player Scott Sutton home studio christened Gerbil Studios. The EP was produced by the band along with their audio engineer Nathan Potter. The first single entitled “Waiting” was well received by fans and critics alike and spawned a feature on PreSonus company’s blog site. PreSonus is the company that manufactured the soundboard and software that the EP was recorded on. Though initial sales were slow, the band continued to promote it vigorously.

The band’s next release was a live recording of one of their rare all acoustic performances. It featured a mix of both original and cover material and was entitled “Dirty Rumors Live and Acoustic”. It was released almost exclusively to fans and was never distributed through mainstream outlets like Unity Gain.

The band who’s claim to fame in the local music scene was the fact that the never rehearsed actually played together every Thursday night for more than a year as the host of their own open mic jam called The Dirty Rumors Freak Jam. However, the open mic night as well as the bands regular performance schedule came to an end when Farmer announced that he was relocating back to Raleigh, NC. The band decided to stay together despite the distance and infrequent contact.

On July 4 of 2015, the band’s drummer and rhythmic anchor, Thomas Wilson, died in his home. He had been in poor health for several years but his death was a blow to the band. A memorial concert was held for Wilson soon after his death. The remaining band members are planning to repeat the event annually in his honor.

Despite the fact that Dirty Rumors has not officially disbanded, they have not performed or recorded together as a band since Wilson’s death. However, Farmer and O’Sullivan continue to write and record together.

Kirk Farmer is also the owner and lead audio engineer for an online based audio mixing and mastering company called K14 Studios. The company was founded in 2007 and continues to operate from their home office in Raleigh, NC. 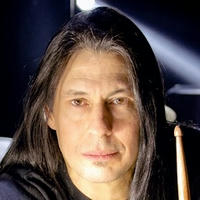 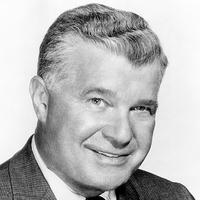