Kiril Peychinovich or Kiril Pejčinoviḱ (Bulgarian: Кирил Пейчинович, Macedonian: Кирил Пејчиновиќ, Church Slavonic: Күриллъ Пейчиновићь (c. 1770 – 7 March 1865) was a Bulgarian cleric, writer and enlightener, one of the first supporters of the use of modern Bulgarian in literature (as opposed to Church Slavonic), and one of the early figures of the Bulgarian National Revival.

Although he thought of himself and his language as Bulgarian, according to the post-WWII Macedonian historiography, he was an ethnic Macedonian. In modern-day North Macedonia, Peychinovich is considered one of the earliest contributors to modern Macedonian literature, since most of his works were written in his native Tetovo dialect.

Peychinovich was born in the large Polog village of Tearce (Теарце) in present-day North Macedonia (then part of the Ottoman Empire). His secular name is unknown. According to his tombstone, he received his primary education in the village of Lešok (Лешок). Probably he later studied at the Monastery of St. John Bigorski near Debar. Kiril's father, Peychin, sold his property in Tearce and, together with his brother and his son, moved to the monastery of Hilandar in Mount Athos where the three became monks. Peychin accepted the name Pimen, his brother — Dalmant, and his son — Kiril (Cyril). Later Kiril returned to Tetovo from there set out for the Kičevo Monastery of the Holy Immaculate Theotokos, where he became a hieromonk.

Since 1801 Peychinovich was the hegumen of Marko's Monastery of Saint Demetrius near Skopje. Located in the region of Torbešija (Торбешия or Торбешија) along the valley of the Markova Reka (Marko's River) among Pomak, Turkish and Albanian villages, the monastery was in a miserable condition before Peychinovich's arrival. Almost all buildings except for the primary church had been destroyed. Through the course of 17 years until 1798 father Kiril made serious efforts to revive the monastery, paying particular attention to the reconstruction and expansion of the monastical library.

In Marko's Monastery Kiril Peychinovich compiled one of his best-known works, Kniga Siya Zovomaya Ogledalo, printed in 1816 in Budapest.

Hegumen of the Lešok Monastery

It is not known why father Kiril left Marko's Monastery, but according to the legend, a conflict between him and the Greek metropolitan of Skopje was the reason for his departure. In 1818 Peychinovich once again travelled to Mount Athos to see his father and uncle, and then became hegumen of the Monastery of Saint Athanasius (destroyed in 1710 by Janissaries) near the Polog village of Lešok in the proximity of his native Tearce. With the aid of the local Bulgarians Kiril restored the Lešok Monastery, which had been abandoned for 100 years. Kiril devoted himself to a considerable amount of preacher's, literary and educational work. He opened a school and tried to establish a printing press, convinced of the printed book's importance. Father Kiril later helped Teodosiy Sinaitski (Теодосий Синаитски) restore his printing press in Thessaloniki which had been burnt down in 1839. In 1840 Theodosius issued Peychinovich's second book, Kniga Glagolemaya Uteshenie Greshnim. Father Kiril Peychinovich died on 12 March 1845 in the Lešok Monastery and was buried in the churchyard. In 1934 the village of Burumli in Ruse Province was renamed Peychinovo in honour of father Kiril.

Kiril Peychinovich is the author of three books, two printed and one manuscript (Zhitie i Sluzhba na Tsar Lazar), all three devoted to religion.

Ogledalo ("Mirror") has a form of a sermon with a liturgical-ascetical character. It is an original work of the Author, inspired by the Kolivari (also called Filokalist) movement on Mount Athos, that was fighting for a liturgical renewal within the Orthodox Church on the Balkans. For this aim the Kolivari were using the spoken language of the people, according to the region where they were translating and writing. The most important topics of the work are: the significance of the liturgical life, the preparation for the Holy Communion, the regularly receiving of the Holy Communion. Especially important is his argumentation against the superstition and on the importance of the individual ascetic life and the participation in the liturgical life of the Church. In addition, a collection of Christian prayers and instructions, some of which written by father Kiril himself are added on the end of the work.

Peychinovich's second book, Utesheniе Greshnim ("Solace of the sinner"), much like his first one is a Christian collection of instructions — including advice on how weddings should be organized and how those who had sinned should be consoled, as well as a number of instructive tales.

Utesheniе Greshnim was ready to be printed in 1831, as specified by father Kiril in a note in the original manuscript. It was sent to Belgrade to be printed, but this did not happen for an unknown reason, and it had to be printed in Thessaloniki nine years later, in 1840, by Theodosius of Sinai. During the printing Theodosius substituted Peychinovich's original introduction with his own one, but still preserved the text that referred to the language of the work as the 'common Bulgarian language of Lower Moesia, of Skopje and Tetovo' (простїй Ѧзыкъ болгарский долнїѦ Мүссїи Скопсский и Тетовский).

In 1835 Peychinovich composed an epitaph for himself in verse.

The contents of this page are sourced from Wikipedia article. The contents are available under the CC BY-SA 4.0 license.
View Kiril Peychinovich 's image gallery
Image Gallery 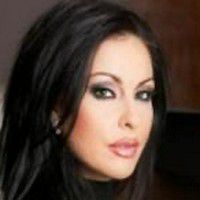 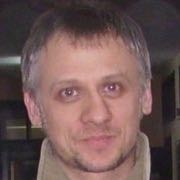