Kirana Larasati (born August 29, 1987) is an Indonesian actress born and raised in Jakarta, Indonesia. She made her acting debut in a television drama series Tunjuk Satu Bintang (2002). She won a best actress award in Festival Film Bandung for her role in the hit television series Azizah (2007). She is also a vocal advocate of anti-drug campaign which she supports trough various charitable organisations.

Larasti began her acting career with minor roles in the television films after she was scouted by a casting director from PT Soraya Intercine Film. These parts led to her being cast as a series regular on the Indosiar drama series Itukan CInta (2004) alongside with actors Sahrul Gunawan, Bertrand Antolin, and Fera Feriska. She rose to prominence as the lead role in Azizah, one of the most popular television show in the year 2007. She started acting in feature films in 2006 including Perempuan Punya Cerita (2007), Slank Gak Ada Matinya (Slank Never Dies) in 2013, and Turis Romantis (2015).

She became engaged to the general manager of Oz Radio Tama Gandjar on May 9, 2015. Larasati and Gandjar were officially married on August 23, 2015 at Bandung, West Java. They have a son, Kyo Karura Gantama (born 2016). 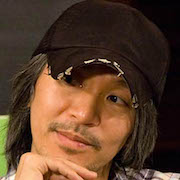