Cohen began his career in theatre at the Cleveland Musicarnival and the Westport Country Playhouse in production capacities. He was the music director at the Barter Theatre, Abingdon, Virginia; production stage manager and then managing director at the Peninsula Players, Fish Creek, Wisconsin; production stage manager and then managing director at the Coconut Grove Playhouse in Miami, Florida. Cohen subsequently joined the staff of Broadway producer Arthur Cantor in New York City, serving as casting director and production associate for productions of The Committee and The Passion of Josef D. Later, he cast, produced and supervised national touring productions for producer Zev Buffman, including companies of Porgy and Bess and Marat/Sade.

In 1968, Cohen became managing director of Bill Graham’s Fillmore East – the iconic music venue in New York City. When it closed in 1971, he was signed to do weekend live radio as a disc jockey at New York City’s WNEW-FM, the Metromedia progressive rock station.

That led to joining Columbia Records under Clive Davis, as VP of Artists and Repertoire (signing Billy Joel); and later A&M Records (Herb Alpert and Jerry Moss) in Hollywood in the same capacity (signing Styx, Pablo Cruise, The Captain and Tennille, and others).

After a brief sabbatical, Cohen joined the administrative staff of The Mirman School in West Los Angeles, where he was the Director of Development. In 1985, he again joined Bill Graham Presents as the Managing Director of the newly refurbished National Historic Landmark Wiltern Theatre, presenting not only contemporary music, but also seasons with the Los Angeles Philharmonic, the Los Angeles Chamber Orchestra, Los Angeles Opera and UCLA Center for the Arts, as well as numerous film and television originations and broadcasts.

In 1987 Cohen resumed his relationship with musician/philanthropist Herb Alpert and his wife Lani Hall, managing their music careers and also serving as President of The Herb Alpert Foundation, creating numerous local and national programs supporting the arts (including the CalArts/Alpert Award in the Arts).

During this time, Cohen forged a partnership for Alpert with Broadway producer Margo Lion and actively participated in projects both on and off Broadway (including the Pulitzer Prize winning “Angels in America” by Tony Kushner; George C. Wolfe’s “Jelly’s Last Jam;” and Arthur Miller’s “Broken Glass.”)

In 1999, Cohen was the co-editor and co-author of "The Force of Curiosity," a book of interviews with the first four years of recipients of the CalArts/Alpert Award in the Arts.

Cohen retired briefly in 2005 but later joined SRO Housing Corp’s Los Angeles offices on Skid Row as Director of Special Markets, where he produced an in-house documentary film titled “Where Did You Sleep Last Night?”

In addition to dozens of credits on music albums and CDs, Cohen is interviewed and quoted frequently in publications and books in the music world, particularly in connection with his mentors and colleagues Bill Graham and Herb Alpert. 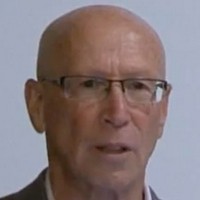