Kingman Douglass (April 16, 1896 – October 8, 1971), was an American investment banker and a leading member of the United States intelligence community. He was a deputy director of Central Intelligence from March 1946 to July 1946.

Kingman Douglass was born April 16, 1896, in Oak Park, Illinois, the son of William Angus Douglass and Eliza Kingman. He was educated at The Hill School in Pottstown, Pennsylvania (class of 1914) and Yale University (class of 1918).

During World War I, Kingman Douglass served as a captain and pilot with the 91st Aero Squadron, the "Demon Chasers," engaged in aerial observation and photographic intelligence. Credited with three aerial victories, he was awarded the Distinguished Service Cross (United States) and commended for bravery in action.

Douglass was an investment banker for many years, a managing partner of Dillon Read.

Douglass returned to military service in World War II: serving as the senior US Army Air Corps intelligence liaison officer assigned to the British Air Ministry and in the Allied Intelligence Group in the Pacific Theater.

Douglass served as Assistant Director, Current Intelligence, of the CIA, from, January 1951 through July 1952.

Kingman Douglass married Adele Astaire, daughter of Frederick E. Astaire, and sister of the celebrated Broadway and Hollywood actor and dancer Fred Astaire, on April 29, 1947. For a time the Douglasses lived at Mount Gordon Farm in Middleburg, Virginia, where Adele was photographed for Life magazine in March 1961 (Life, 3/10/1961, p.85).

The contents of this page are sourced from Wikipedia article on 28 Jun 2020. The contents are available under the CC BY-SA 4.0 license.
comments so far.
Comments
From our partners
Sponsored
Reference sources
References
https://valor.militarytimes.com/hero/15879
http://articles.chicagotribune.com/1985-12-20/business/8503280470_1_howard-james-nurse-board
https://books.google.com/books?id=Zp5CAAAAIAAJ&pg=PA107
Trending today in 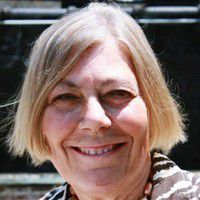