King Li of Zhou
The basics

King Li was a corrupt and decadent king. To pay for his pleasures and vices, King Li raised taxes and caused misery among his subjects. It is said that he barred the commoners from profiting from the communal forests and lakes. He enstated a new law which allowed him to punish anyone, by death, who dared to speak against him. King Li's bad rule soon forced many peasants and soldiers into revolt, and Li was sent into exile at a place called Zhi near Linfen (842 BC). His son was taken by one of his ministers and hidden. When Li died in exile in 828 BC, power was passed to his son.

The contents of this page are sourced from Wikipedia article on 08 Mar 2020. The contents are available under the CC BY-SA 4.0 license.
View King Li of Zhou 's image gallery
Image Gallery 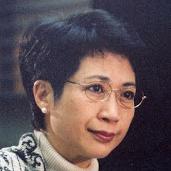 Legendary Chinese ruler, one of the Five Emperors