Kimya Dawson (born November 17, 1972) is an American folk singer-songwriter, best known as one half of the anti-folk duo The Moldy Peaches. Dawson's work with The Moldy Peaches earned her a cult following and critical acclaim, with their 2001 song "Anyone Else But You" landing a spot in multiple acclaimed indie film soundtracks. "Anyone Else But You" as performed by Michael Cera and Ellen Page charted on the Billboard Hot 100 after its prominent inclusion in the 2007 film Juno, the soundtrack of which includes several songs by Dawson and her associated musical acts. The song remains Dawson's highest charting single to date. In addition to her work with The Moldy Peaches, Dawson has released seven solo studio albums and collaborated with various other artists from a diverse range of genres, including Aesop Rock, They Might Be Giants, The Mountain Goats, and Third Eye Blind.

Dawson became well known as co-founder of the Moldy Peaches alongside Adam Green. Since the Moldy Peaches went on hiatus in 2004 Dawson has released a string of lo-fi homemade albums and toured widely in North America and Europe. Dawson's children's album, Alphabutt, was released on September 10, 2008. Song titles include "The Alphabutt Song," "Seven Hungry Tigers," "Little Monster Babies," "Wiggle My Tooth" and "Pee Pee in the Potty," and collaborators include former Third Eye Blind guitarist Kevin Cadogan and a number of Dawson's other musical friends and their children. She has also been invited to participate in the Sesame Street television program.

In September 2012, she appeared in a campaign called "30 Songs / 30 Days" to support Half the Sky: Turning Oppression into Opportunity for Women Worldwide, a multi-platform media project inspired by Nicholas Kristof and Sheryl WuDunn's book.

Dawson's songs are featured in the films The Guatemalan Handshake and Glue, both of which were shown at the Olympia Film Festival in November 2007.

In 2008 Dawson contributed the song "Anthrax"—about 9/11—to the soundtrack of the Body of War documentary.

"Anyone Else But You", a song she recorded with The Moldy Peaches, was used in the documentary Murderball, about a team of wheelchair rugby players. This song was also used in the film Juno. The melody of this song, with new lyrics, was used in a commercial for Atlantis.com.

Critics warmly received the music in Juno, where Dawson's "sweetly melancholic acoustic-strummed tunes" helped define the character of a pregnant young teenager who decides to have her baby. Dawson helped choose many of the songs for the Juno film, helping to set the film's mood. The soundtrack was voted by NPR listeners as the 14th best of the year in a listener poll for 2008. Dawson sings about diverse topics:

And there on the soundtrack ... is Kimya Dawson, her primal, primitive odes to tire swings and vampires and roller coasters goosing us along, her wobbly voice and furtively chicken-scratched double-time guitar like a terrified little kid who just ditched the training wheels and is now somehow barreling down a mountain.

Dawson's authentic persona has a demeanor which is "sheepish and guileless and awkward in a way that you really can't fake" and who sometimes looks "legitimately terrified" during performances, according to Village Voice music critic Rob Harvilla.

Five of Dawson's solo songs, two from Antsy Pants, as well as one from the Moldy Peaches, are included on the Juno soundtrack, released in December 2007. Composer Mateo Messina also based the film's score on Dawson's music.

The soundtrack album, after two weeks topping Billboard's Digital Albums chart, reached No. 8 on the Billboard 200, in its first week of release. In its first full week of physical release the album sold 68,000 copies, reaching No. 3 on the Soundscan album chart. It missed out on the No. 1 spot by only 2,600 copies. The following week it jumped to #2, while selling 15% fewer copies (58,000), just 2,000 copies behind first place. In the album's third week of physical release it finally made the No. 1 spot on the Billboard 200 and Soundscan charts, selling 65,000 copies. The soundtrack for Juno won a Grammy for Best Compilation Soundtrack in 2009, beating out American Gangster, August Rush, Mamma Mia and Sweeney Todd.

Dawson has two new songs that were released on April 8 on a follow-up album Juno B-Sides: Almost Adopted Songs that is available exclusively on iTunes.

Two songs were also included in the soundtrack to Unmade Beds.

Dawson performs on recordings by Ben Kweller, They Might Be Giants, The Mountain Goats, John Wayne Shot Me, Your Heart Breaks, and The Terrordactyls.

The Third Eye Blind track "Self-Righteous" on their album Out of the Vein features a duet with Dawson and Third Eye Blind's lead singer Stephan Jenkins. Dawson also appears on the Third Eye Blind album, Ursa Major, on the track "Why Can't You Be". This song was available as a bonus track on the iTunes Store download.

In February 2011, Dawson recorded a Daytrotter session with Aesop Rock, in which they performed three songs together. This session was later released in May 2011. Dawson and Aesop collaborated under the name The Uncluded to release an album, Hokey Fright.

She has performed numerous times with Paul Baribeau, whom she references several times in her songs.

Dawson played An Evening of Awesome at Carnegie Hall with John Green and Hank Green on January 15, 2013.

On February 11, 2013, Dawson released her first music video as The Uncluded on YouTube, a group featuring Aesop Rock and herself. The single is titled "Earthquake". Their debut album Hokey Fright was released on May 7, 2013. The video for their third single "Delicate Cycle" has a cameo of Lil Bub.

A sometime resident of Bedford Hills, New York, Dawson moved in December 2005—with her mother, father, brother, Akida Junglefoot Dawson, and nephew—to Seattle, Washington. She went to the University of California, Los Angeles and participated in improv comedy on UCLA's Rapid Fire Improv. In 2006, she married musician Angelo Spencer. In July 2006, Dawson gave birth to a daughter, Panda, and in November 2006 she moved with her new family to Olympia, Washington.

Dawson is good friends with WWE wrestler Bryan Danielson (aka Daniel Bryan), who appears as a guest artist on the Thunder Thighs track "Captain Lou", a cover of a NRBQ song written in homage to wrestling manager Lou Albano.

On Christmas Day in Port Townsend, Washington in 1998, Dawson accidentally overdosed on whiskey and prescription pills. She suffered a grand mal seizure and vomited blood, which she then inhaled. To the surprise of her doctors, she woke up from a coma in a hospital the next day.

Dawson once inadvertently started a rumor that she was a cousin of The Strokes' drummer Fabrizio Moretti.

Before The Moldy Peaches' Rough Trade releases there were several homemade CDRs.

With The Moldy Peaches 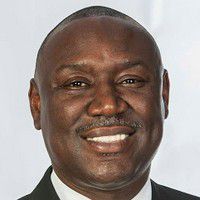