Kim Spalding was an American actor who appeared on television and in film between 1950 and 1961. Spalding's first role was as an uncredited clerk in the 1950 film The Gunfighter, starring Gregory Peck as Jimmy Ringo. From 1950-1953, Spalding appeared in different roles in the western television series, The Lone Ranger. In 1953, he appeared as a character named Johnny in the episode "The Rebel" of Rod Cameron's syndicated series, City Detective. Four years later, he was Kline in "Silver Duke" of Cameron's second syndicated series, State Trooper. In 1954, he appeared as Bailey in the episode "Sauce for the Gander" of the syndicated anthology series, Studio 57, sponsored by the H.J. Heinz Company. In 1954, Spalding was cast as the gunfighter/dentist Doc Holliday on Jim Davis's 1954 syndicated series Stories of the Century, which features a reenactment of the Gunfight at the O.K. Corral between the Earps and the Clantons. In 1957, Spalding portrayed the character Jim Martin in "The Crystal Sands Story" of CBS's fantasy drama, The Millionaire. From 1957-1958, he appeared three times in different roles on NBC's The Loretta Young Show. His last role on Loretta Young was as the star's husband. In a 1958 article, the Miami News reported on Spalding's Christian beliefs and reliance on prayer. Spalding urged readers, accordingly, "Often people are afraid to be alone to face issues quietly by themselves. But it's a wonderful thing to learn to do. Just talk to God, and He will help. Distress and anger usually fade away, and in their place you have tranquility." In 1958, Spalding appeared as Colonel Van Heusen in the film It! The Terror from Beyond Space, a science fiction picture in which an alien creature aboard a ship from Mars to Earth begins killing the crew members one by one. Others in the thriller are Marshall Thompson, Ann Doran, and Dabbs Greer. He was cast in 1958 as husband Ralph Carter in The True Story of Lynn Stuart opposite Betsy Palmer as undercover agent Phyllis Carter/Lynn Stuart. He played Matt Ivy in two 1958 episodes entitled "Cattle Embargo" and "Sundown Decision" of the syndicated western series 26 Men, starring Tristram Coffin. In 1960, he appeared as Briscoe in the episode "Queen Bea" of the NBC western The Deputy, with Phyllis Avery in the title guest-starring role. Spalding's final television appearance was opposite Bonita Granville in the episode "The Valley of the Blue Mountain" telecast on March 11, 1961, of the anthology series, The Best of the Post, based on articles from the magazine, The Saturday Evening Post. 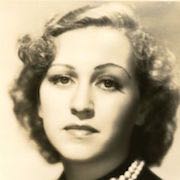 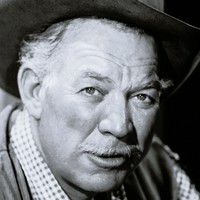