Manning was born in Ponca City, Oklahoma and moved to Santa Rosa and then Los Angeles. Manning relocated to the Bay Area in 2007. Manning began studying classical voice and violin at 6 years old and went on to study at the University of Tulsa and the Liverpool Institute of Performing Arts.

Her 2006 LP, "The Love and Light Activation", was produced by Brian Kehew. It has been described as a fusion of Funk, Jazz, Rock, Reggae, and features George Clinton, Norwood Fisher, The Benevento/Russo Duo, Nate Oberman, Eric Mcfadden, and Wally Ingram. In 2007, Manning was featured on George Clinton & the P-Funk All-Stars How Late Do U Have 2BB4UR Absent?. Subsequently, Manning was featured on the Shanachie Records release "George Clinton and His Gangsters of Love". Manning contributed vocals to the song "Let the Good Times Roll" by Red Hot Chili Peppers.

Manning has appeared on The Bernie Mac Show, Boston Public, and The Man Show. She was also seen as "Peaches" on VH1’s Flavor of Love. Manning starred in the feature film Room 33, is featured in Washburn/Oscar Schmidt’s ad campaign, and was chosen by Terry Russio to be the cover of the Reveal Designs Bikini Calendar. Manning was picked by Relix as Artist on the Rise. Manning was also profiled in both the August and September 2006 issue of High Times , and in the September 2006 issue of Details. 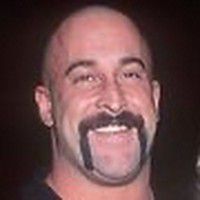