Kika Karadi (born 1975 in Budapest, Hungary) is a visual artist. Karadi lives and works between New York and Minnesota.

Karadi has shown at the 51st Venice Biennale and the Prague Biennale 2. In 2014 she held solo exhibitions at Jonathan Viner Gallery, London and The Journal Gallery, New York. She is noted for her time-based, large-scale paintings made in response to the aesthetics of the film noir genre. Karadi's recent paintings have been described as ‘composed of black stencilled signage on a white background’, in which she ‘reintroduces hints of representation - atmospheric cinematic scenes, figurative forms and symbols which welcome the impurities of cultural collision.’

Karadi had her first European solo show in Naples, Italy, in 2006, which was reviewed in both Artforum and Flash Art magazines.

Karadi approaches painting with a self-conscious intuition; recently her monographic technique lends to a magnetic immediacy composed of kinetic gesture and mark making. The residue of masking tape, cardboard and oil based black ink leaves a highly charged stamp on the canvas, a painting once removed yet-recognizable in its notably loaded entropy. Her body of work using this process refers to the abandoned Oak Park Mall in Austin, Minnesota where the artist has maintained her studio since early 2014. The "OPM" series reflects on the ghostlike and ephemeral narrative that is often the conceptual root of Karadi's practice. The artist's paintings account for and retain a distilled mystery with a visual language of striking gesture that claims the essence from something perhaps esoteric yet sharply felt. 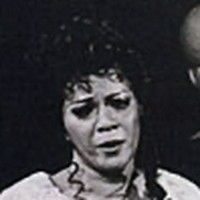 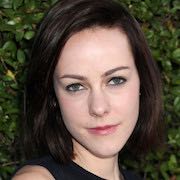