Khalid Saeed Khan, born March 5, 1955, is the Principal of the College of Physiotherapy in the Mayo Hospital at Lahore, Pakistan. He has made important contributions is the field of Physiotherapy. In his own words:
" Physiotherapy is essentially one of the healing sciences which pertains to the assessment of Musculo skeletal and Neurological disorders of function including pain and those of Psychosomatic origin. It also deals with treatment by natural sources, based on movement, manual therapy and other physical agents to relieve pain, promote healing, prevent or ameliorate deformity, improve function, body health, stimulate or habilitate development in a child or rehabilitate those impaired by disease or trauma."

He got his B.Sc. Physiotherapy degree from JPMC Karachi, 1998. He also did a course of Sports Medicine by Dr. Thomas Freud Canada organized by Federation of International de Football Association held at Lahore in 1992. He was appointed as the Head of Physiotherapy Department Jinnah Hospital Lahore. He, later on became the Principal of Allama Iqbal College of Physiotherapy, Allama Iqbal Medical Complex, Lahore, (Pakistan). .

He was initially appointment as Assistant Physiotherapist in 1980. Later, in 1986, he became a Lecture Physiotherapist. He was later on promoted to a rank of BS. 19 on December 1, 1999.

He has written various articles related to Physiotherapy. Major of them are: 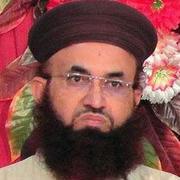