Khadijatou "Khaddi" Victoria Sagnia (born 20 April 1994 in Helsingborg) is a Swedish track and field athlete specialising in the long jump. She competes for Ullevi FK.
Her personal bests in the event are 6.78 metres outdoors (+1.9 m/s, Söderhamn 2015) and 6.66 metres indoors (Malmö 2015).

At the firstYouth Olympic Games in Singapore, she won the gold medal in the triple jump final.

Khaddi started with track and field in 2007 and has developed as an athlete at a very fast pace. Even before attending Youth Olympic Games she had represented the senior national team.

Her mother Sutay was born in the Gambia but grew up in Sweden. Khaddi Sagnia has seven siblings. 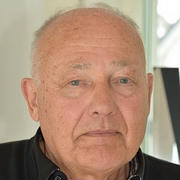