Keywan Karimi (Persian: کیوان کریمی‎ ; born 21 September 1985) is an Iranian independent filmmaker of Kurdish origin. He graduated with ad degree communication studies form the Faculty of Social Sciences University of Tehran. Karimi began his work with a series of short documentary films which were a critique of human life in contemporary Iran. He was sentenced to six years in prison and 223 lashes because of the content of his films.

Karimi specializes in a style of film making which is a totally different way of approaching cinema. This unique view is part inspired by the Situationist International of which Guy Debord is an example. He has developed an interest in examining and critiquing the roots of radical life in society. His unique cinematic view led Raoul Vaneigem, who is an active member of the Situationist movement, wrote a piece to express his appreciation when he saw Keywan's documentary film:

“”To Keywan Karimi ; The wall is a mirror | A mirror of the house, of the city, of the world | Reflections of every shape and form stream by it as clouds do in the sky | We have learned to go through the mirror so what was closed will open up | The freedom of the walls breaks down the prison walls | When reality is unveiled, dreams become reality | Under the clothing of creeds and of ideas, what is lived is always bare | Then nothing more conceals a human being from himself | Someday the walls will have the transparency of our desires“”

"Writing on the City an excellent documentary on the evolution of graffiti in Tehran over the last three decades plus. With his "Writing on the City", Keywan had brought the narrative of those graffiti down to the aftermath of the Green Movement of 2008 with an acute sense of history and aesthetics." Hamid Dabashi Author and Professor of Iranian Studies and Comparative Literature at Columbia University wrote in an article in "Al Jazeera", after he watched the Writing on the City.

On December 14, 2013 at 8 a.m. the Revolutionary Guard showed up at Keywan’s house with an arrest warrant. They took him, his hard drives and other confiscated materials to Evin Prison where he was interrogated and kept in solitary confinement for two weeks. On December 26, 2013 Keywan was released on $100.000 bail. Between March 2014 and September 2015 Keywan made eight court appearances to fight his case, regardless of any of the evidence he provided. On October 13, 2015 he was sentenced by the Islamic Revolutionary Court to six years imprisonment and 223 lashings for “propagating against the ruling system” and “insulting religious sanctities, Accused of insulting the regime after a music clip and documentary film. "Writing on the City" Is a 60 minutes documentary film which employs the unusual and unique angle of focusing on slogans written on the wall and Graffiti in Tehran city.

National and International response to the prison and flogging

He has been informed by the Appeals Court that five years of his six-year sentence have been suspended , but that he has to serve the one remaining year in jail, plus undergo 223 lashes and pay a fine of 20 million rials. The ruling is final and cannot be appealed. 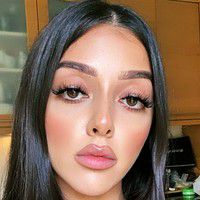