A 1988 graduate of Central Valley High School in Spokane Valley, Stocker attended the University of Washington in Seattle, where he played college baseball for the Huskies from 1989–1991. Stocker was also a member of the fraternity Lambda Chi Alpha.

Stocker was selected by Philadelphia in the 1991 MLB draft, taken in the second round with the 54th overall selection. He made his major league debut in 1993 on July 7 at Veterans Stadium in a marathon game that lasted 6 hours and 10 minutes. Stocker played all 20 innings in the defeat of the Los Angeles Dodgers 7-6. Stocker was credited with a game-saving play in the tenth inning when he made a miraculous throw to home-plate for a force-out. That year, the Phillies went on to be the World Series runners-up.

During the 1997 expansion draft, Stocker was traded to Tampa Bay in exchange for Bobby Abreu. After two-plus seasons, he was released and signed with Anaheim. In an eight-season career, Stocker batted .254 with 23 home runs and 248 RBI. He now owns an Emerald City Smoothie franchise in Washington.

Stocker has served as a color analyst for 14 seasons (as of 2014). He is currently in his second season with the Pac-12 Network, after a stint with CBS Sports Network.

In January 2018, it was announced that Stocker would be serving as a part-time color analyst for Phillies radio broadcasts during the 2018 season. 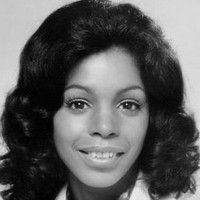