McKenna began to play with soccer 1990 in the Academy team of Calgary Foothills and was promoted to the senior team in 1991. He was selected for the Alberta Provincial Under 15 team in 1995 and won the Canadian National Championships with them that year. Owen Hargreaves was also part of that Alberta team.

After playing with Calgary Foothills as an amateur, McKenna played three seasons (the first two in the reserves) with German Bundesliga side Energie Cottbus. On the first game of the 2000–01 season, McKenna and international teammate Paul Stalteri simultaneously became the first Canadian to play in the German Bundesliga in a match between McKenna's newly promoted Cottbus and Stalteri's Werder Bremen.

In 2001, McKenna moved to Scottish Premier League team Hearts on loan, playing eight games for the Edinburgh club. After a £300,000 transfer that summer, McKenna was the club's second leading scorer in the 2001–02 season with nine goals in 35 games. As a mostly reserve striker in 2002–03, McKenna scored six in 41. He also scored five goals in 38 games in 2003–04. After falling out of favour at Hearts in 2005, McKenna returned to Energie Cottbus. He was elected as the club's new captain after the departure of former skipper Gregg Berhalter.

In the summer of 2007, McKenna signed a four-year contract with 1. FC Köln, dropping down a division to the German Second Division. McKenna made his debut for his new team on 10 August 2007, in a 2–0 away win against FC St. Pauli. Several weeks later, McKenna scored his first goal for the club on 5 October in a 4–1 home victory over Kickers Offenbach. He helped Köln to promotion into the top flight in his first season with the club.

McKenna scored his first goal in the 2010–11 season in a 4–2 away loss to powerhouse Werder Bremen on 28 August, the other goal scored by teammate Lukas Podolski. Weeks later during the month of September, McKenna had surgery done on his knee and was labeled out indefinitely, however he made a faster recovery then originally anticipated and returned to the first team in early December. He did not see any playing time until being subbed on in the 75th minute to Schalke 04 on 19 December, the game ended as a 3–0 loss.

McKenna made his 2011–12 debut as a starter on 13 August against Schalke in the team's second game of the season, it ended as a 5–1 away loss. Two weeks later Mckenna scored his first goal of the season and the winning goal to beat Hamburger SV in a thrilling 4–3 away victory.

McKenna made his debut for Canada in a May 2000 friendly match against Trinidad and Tobago. By November 2009, he has earned a total of 46 caps, scoring nine goals. He has represented Canada in four FIFA World Cup qualification matches. McKenna has been a regular for the Canadian national team since 2002, when he featured in the CONCACAF Gold Cup as a target man for Holger Osieck's side. McKenna scored three goals, including a brace over Haiti in the first round.

McKenna earned his 50th cap for team Canada in a friendly against Ecuador prior to the 2011 CONCACAF Gold Cup, the game ended in a 2–2 home draw at BMO Field. McKenna was named the captain for Canada during the Gold Cup with Paul Stalteri not in the tournament roster. 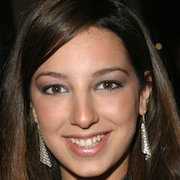