Kévin Jacmot (born March 22, 1984 in Lyon, France) is a football midfielder. He currently plays for Saint-Priest.

Jacmot started his career at Lyon in 2002, and was sent away on loan to Bastia the following season. He then moved to Lyon-la-Duchère. After a season there, he moved to his current club, Saint-Priest. He was also a member of the France U-17 national team and played for them at the 2001 FIFA U-17 World Championship. 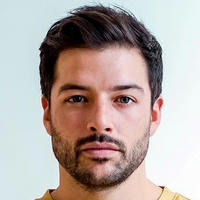