Kevin Patrick Cronin (born October 6, 1951) is the lead vocalist, rhythm guitarist, and occasional pianist for the American rock band, REO Speedwagon. REO Speedwagon had several hits on the Billboard Hot 100 throughout the 1970s and 1980s, including two chart-toppers written by Cronin: "Keep on Loving You" (1981) and "Can't Fight This Feeling" (1985).

Cronin is from the suburbs of Chicago, Illinois, area. He was born in north suburban Evanston, Illinois and grew up (and learned guitar) in southwest suburban Oak Lawn. He attended St. Linus Catholic Elementary School. He graduated from Chicago's Brother Rice High School.

Cronin joined REO Speedwagon shortly after the group recorded its debut album in 1971. He recorded one album with the band, 1972's R.E.O./T.W.O., but left the band soon after because of missed rehearsals and creative disagreements. Cronin returned to the fold in 1976.

Cronin's return came after Greg X. Volz turned down the position for lead vocals due to his conversion to Christianity. The band's success hit its peak in the late 1970s and early 1980s, but are still releasing records such as Find Your Own Way Home in 2007. Their most famous album, Hi Infidelity, sold over 10 million copies. Kevin has stated in various interviews that they "play for free but get paid for the traveling". He has written or co-written many of the band's hit songs such as "Keep on Loving You", "Can't Fight This Feeling", "Keep the Fire Burnin'", "I Do' Wanna Know", "Keep Pushin'", "Roll With the Changes", "Time for Me to Fly", "Here With Me", "In My Dreams", and "Don't Let Him Go".

Cronin was a celebrity contestant on Don't Forget the Lyrics! on March 27, 2008. He reached $350,000 before forgetting the lyrics to "Last Dance" by Donna Summer.

He appears on an infomercial advertising TimeLife's Ultimate Rock Ballads, which feature tracks by REO Speedwagon, mostly from the 1980s, when the band enjoyed their greatest success.

Kevin Cronin appeared on the Netflix original series Ozark along with bandmates from REO Speedwagon in S03E03. The episode was entitled "Kevin Cronin Was Here," and they performed "Time for Me to Fly." The popularity of the show lead to a resurgence onto the billboard charts for REO Speedwagon in April, 2020, and placement onto digital charts not in existence at the time of the initial hit songs.

Cronin's wife is named Lisa. His oldest child is a son named Paris from a previous marriage. He also has a daughter, Holly; his youngest are twins Josh and Shane.

The contents of this page are sourced from Wikipedia article on 30 Jul 2020. The contents are available under the CC BY-SA 4.0 license.
View Kevin Cronin 's image gallery
Image Gallery 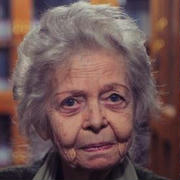