Kevin Haroldo Cordón Buezo (born November 28, 1986) is a Guatemalan badminton player.
Born in La Unión, Zacapa, Cordón was named after former England international footballer Kevin Keegan, of whom his father was a fan. In spite of badminton not being popular in Guatemala during his childhood, he became a badminton player as he thought it would give him a better chance of one day becoming an Olympian than if he played a different sport, being the first member of his family to practice the sport. He began playing at the age of 11 and by 1998 he was a part of the Zacapa Department's youth team.
After winning the Silver Medal at the 2007 Pan American Games, Cordón qualified to the 2008 Olympic Games, and was selected as the flag bearer of his nation's Olympic team. At the Beijing Games he lost against the #3 seeded player, Bao Chunlai.
At the 2010 Central American and Caribbean Games, he won three Gold Medals: singles, doubles, and team events, being the Guatemalan athlete with the most medals won during the games.
Cordón then competed at the 2011 BWF World Championships in London where he reached the quarterfinals after beating fifth seeded Chen Long from China to face the tournament's top seeded Lee Chong Wei. There he lost to the Malaysian player in two straight sets.
Cordón was selected as the flag bearer for the Guatemalan team at the opening ceremony of the 2011 Pan American Games, and was also the top seeded player in the men's singles event. On 20 October 2011 he won his first Pan-American Games Gold Medal by beating Cuban competitor Osleni Guerrero in the final. Cordón did not lose one set in the tournament. In 2015 he successfully defended his Men's Singles Pan Am Games title at the Atos Markham Pan Am Centre in Toronto at the Pan American Games beating Canadian Andrew D'Souza 21-13, 21-14 in the final.
Cordón qualified for the 2012 Summer Olympics singles competition. He won both of his Group matches, thus winning a place in the Round of 16. He lost his Round of 16 match versus Sho Sasaki of Japan.
Kevin Cordón twice won the continental Pan Am Badminton Championships in the Men's Singles event in 2009 and 2012 and also once the Men's Doubles Pan Am badminton event in 2009 with compatriot Rodolfo Ramirez.
Already as a junior player in 2004 he won the continental Pan Am Junior Badminton Championships Boys Singles title in the U-19 category. 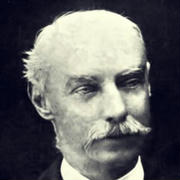