A student of architect Frank Lloyd Wright before training in city planning, Lynch spent his academic career at the Massachusetts Institute of Technology, teaching there from 1948 to 1978. He practiced site planning and urban design professionally with Carr/Lynch Associates, later known as Carr, Lynch, and Sandell.

Lynch was born as the youngest child of an Irish-American family on January 7, 1918. He was raised in the Hazel Avenue neighborhood on the North Side of Chicago. After graduating from the Francis Parker School in 1935, Lynch matriculated at Yale University intending to study architecture. Finding its pedagogy too conservative, he left to study under Frank Lloyd Wright at Taliesin in Spring Green, Wisconsin. Lynch later stated that Wright was a great influence, but disagreed with his individualistic social philosophy. Leaving Wright after a year and a half, he enrolled at Rensselaer Polytechnic Institute in Troy, New York to study engineering in 1939, but did not complete the program and went to work for Chicago architect Paul Schweikher. In 1941, Lynch married Anne Borders, a fellow graduate of the Parker School.

Three weeks after his wedding, Lynch was drafted into the Army Corps of Engineers, serving in the Philippines and Japan through 1944. After the war, he completed his undergraduate education at MIT and received a Bachelor's degree in city planning in 1947.

After graduation, Lynch began work in Greensboro, North Carolina as an urban planner but was soon recruited to teach at MIT by Lloyd Rodwin. He began lecturing at MIT the following year, becoming an assistant professor in 1949, a tenured associate professor in 1955, and a full professor in 1963.

In 1954, after receiving a grant from the Ford Foundation to study urban form in Italy, Lynch and his MIT teaching colleague Gyorgy Kepes were awarded a grant from the Rockefeller Foundation to study perceptions of the urban environment and urban form. In 1958 Lynch wrote an essay ‘The theory of urban form’ with Lloyd Rodwin where the city is described through the complementary of two systems – flows and adapted spaces – interpreted starting from a group of descriptive categories of urban form. Lynch and Kepes' research was published in 1960 as Lynch's book The Image of the City. In 1970, Lynch received funding from UNESCO to study the use of cities by young people in urban areas of Salta, Melbourne, Toluca, and Krakow, a project summarized in his book Growing Up in Cities (1977).

Lynch provided seminal contributions to the field of city planning through empirical research on how individuals perceive and navigate the urban landscape. His books explore the presence of time and history in the urban environment, how urban environments affect children, and how to harness human perception of the physical form of cities and regions as the conceptual basis for good urban design.

Parallel to his academic work, Lynch practiced planning and urban design in partnership with Stephen Carr, with whom he founded Carr/Lynch Associates in Cambridge, Massachusetts.

Lynch became professor emeritus in 1978, but continued to write and practice architecture. He died of a heart attack at his summer home at Gay Head on Martha's Vineyard on April 25, 1984.

The Image of the City

Lynch's most famous work, The Image of the City (1960), is the result of a five-year study on how observers take in information of the city. Using three American cities as examples (Boston, Jersey City and Los Angeles), Lynch reported that users understood their surroundings in consistent and predictable ways, forming mental maps with five elements:

In the same book, Lynch also coined the words "imageability" and "wayfinding". Image of the City has had important and durable influence in the fields of urban planning and environmental psychology.

Anne Borders Lynch and Kevin Lynch were married in 1941 and had four children. The Lynches were long-term residents of Martha's Vineyard, where Anne continued spending her summers until her death in 2011.

The contents of this page are sourced from Wikipedia article on 22 Jan 2020. The contents are available under the CC BY-SA 4.0 license.
View Kevin A. Lynch 's image gallery
Image Gallery 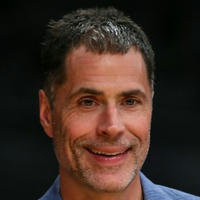