Keshubhai Patel (24 July 1928 – 29 October 2020) was an Indian politician who was the Chief Minister of Gujarat state of India in 1995 and from 1998 to 2001. He was a six-time member of Gujarat Legislative Assembly. He was a member of the Bharatiya Janata Party (BJP) from the 1980s. He subsequently left the BJP in 2012 and formed the Gujarat Parivartan Party. He was elected from Visavadar in the 2012 state assembly election but later resigned in 2014 due to ill health.

Patel was born on 24 July 1928 in Visavadar town in the present Junagadh district, Gujarat. He joined the Rashtriya Swayamsevak Sangh (RSS) in 1945 as a pracharak. He was imprisoned during the emergency.

Patel started his political career as a worker for the Jan Sangh, of which was he was a founder member, in the 1960s. In 1975, the Jan Sangh-Congress(O) coalition came to power in Gujarat. After The Emergency of 1975-77 he was elected to the Lok Sabha for the Rajkot constituency. Later, he resigned and joined Babubhai Patel's Janata Morcha government as an agriculture minister from 1978 to 1980. Patel was involved in relief work following the 1979 Machchhu dam failure which devastated Morbi.

Patel won assembly elections for the constituencies of Kalavad, Gondal and Visavadar between 1978 and 1995. In 1980, when Jan Sangh was dissolved, he became a senior organiser of the newly-formed Bharatiya Janata Party (BJP). Patel was Deputy Chief Minister of Gujarat from 4 March 1990 to 25 October 1990 under Chimanbhai Patel. He organized the 1995 assembly election campaign for BJP against Congress (I), which the party won. Patel became the chief minister of Gujarat on 14 March 1995 but resigned seven months later as his colleague Shankersinh Vaghela revolted against him. Suresh Mehta succeeded him as a consensus chief minister. BJP was split as the Rashtriya Janata Party (RJP) was formed by Vaghela who became the chief minister in October 1996 with support of the Congress (I). The assembly was dissolved in 1998 when Congress (I) withdrew its support for RJP. The BJP, led by Patel, returned to power in the 1998 assembly elections and he became the chief minister again on 4 March 1998.

Patel resigned as the chief minister on 2 October 2001 due to poor health. Allegations of abuse of power, corruption and poor administration, as well as a loss of BJP seats in by-elections and mismanagement of relief works in the aftermath of the 2001 Bhuj earthquake, prompted the BJP's national leadership to seek a new candidate for the office of chief minister. He was succeeded by Narendra Modi. Patel did not contest the 2002 Gujarat assembly election but was elected to the Rajya Sabha unopposed in 2002.

In the 2007 Gujarat assembly elections, he urged his community to vote for change. He "blessed" the Indian National Congress (formerly Congress (I)) and did not even cast his vote. BJP again won the election with a clear majority and formed a government led by Modi. Patel did not renew his BJP membership, resigned from the BJP on 4 August 2012 and launched the Gujarat Parivartan Party (GPP) to contest the 2012 Gujarat legislative assembly election. He won a seat in the Visavadar constituency against the BJP candidate Kanubhai Bhalala, although his party GPP won just one other seat. Patel resigned from the post of president of GPP in January 2014 and later resigned as a member of Gujarat Legislative Assembly due to ill health on 13 February 2014. Later, GPP merged with BJP on 24 February 2014.

Patel married Leela Patel and had five sons and a daughter. His son, Bharat Patel, is a member of BJP. Leela Patel died in their home in Gandhinagar after an electrical fire broke out in the exercise room on 21 September 2006. On 9 September 2017, Patel's 60-year-old son, Pravin Patel, living in the US, died of cardiac arrest.

Keshubhai Patel complained of difficulty in breathing on the morning of 29 October 2020. He was taken to a hospital, where he died the same day.

The contents of this page are sourced from Wikipedia article on 29 Oct 2020. The contents are available under the CC BY-SA 4.0 license.
View Keshubhai Patel 's image gallery
Image Gallery 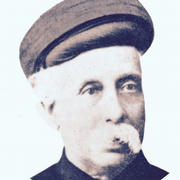