Einarson also skips her own team on the women's World Curling Tour. After playing third for Jill Thurston in the 2011–12 curling season, she once again skipped her own rink. In her first season as a skip, she finished second in the 2012 Atkins Curling Supplies Women's Classic.

Einarson's first Tour event win as a skip was at the 2015 GSOC Tour Challenge, where she finished first in the tier 2 event and won a spot at the 2015 The Masters Grand Slam of Curling where she would lose to Val Sweeting in the semifinals. Einarson would make it to two more semifinals at Grand Slams that season. That year Einarson would also win her first provincial championship, qualifying her team of Selena Kaatz, Liz Fyfe and Kristin MacCuish to represent Manitoba at the 2016 Scotties Tournament of Hearts. There, she led her province to a 7-4 round robin record, qualifying the team to the playoffs. In the playoffs however, she would go on to lose both games, settling for fourth place.

The next season, Einarson won her first Grand Slam event, the 2016 Boost National. Her next tour event win was at the 2017 Icebreaker at The Granite. Two weeks later she won the 2017 GSOC Tour Challenge Tier 2 event. While she didn't win any more events that season, she made it to the finals in two Grand Slams, losing to Jennifer Jones at the 2017 Masters of Curling and to Rachel Homan at the 2018 Humpty's Champions Cup. Einarson's team had a disappointing showing at the 2017 Canadian Olympic Curling Pre-Trials, where she lost in a tie breaker. However, her team amassed enough tour points over the season to play in the first ever Scotties Tournament of Hearts wildcard game against the higher ranked Chelsea Carey rink. Einarson beat Carey for the right to represent the new "Team Wildcard" at the 2018 Scotties Tournament of Hearts. There, she went on a roll, going 9-2 in round robin pool, to finish in a three-way tie for first. In the playoffs she lost to Jennifer Jones' team Manitoba in the 1 vs. 2 game, beat Nova Scotia in the semifinal, and then lost to Jones again in the final. Despite a successful season, the Einarson team would split up.

For the 2018-19 curling season, Einarson would form a new team of Valerie Sweeting, Shannon Birchard and Briane Meilleur, all former skips. They began the season by winning four straight World Curling Tour events in three weeks: the 2018 Stu Sells Oakville Tankard, the inaugural Morris SunSpiel, and the Mother Club Fall Curling Classic, and in October they won the Curlers Corner Autumn Gold Classic. In December, the team lost in the finals of the 2018 Canada Cup and 2018 National. Their strong play during the early part of the season earned them enough points to put Einarson in the Wild Card game once again at the 2019 Scotties Tournament of Hearts. However this time, she was not successful, losing to the lower ranked Casey Scheidegger rink. The team would rebound to have a strong finish at the end of the season, winning the 2019 Players' Championship and losing in the final of the 2019 Champions Cup.

Team Einarson had two playoff finishes at the first two Slams of the 2019–20 season, losing to Anna Hasselborg in the quarterfinal of the Masters and once again to Hasselborg in the final of the Tour Challenge. The team did not have the same success at the Canada Cup as they did in 2018, finishing with a 2-4 record.

Einarson is employed as a rehabilitation assistant at Betel Home Foundation. She is married to Kyle Einarson and has two children. 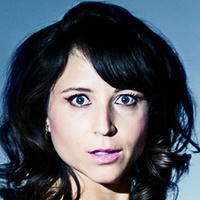 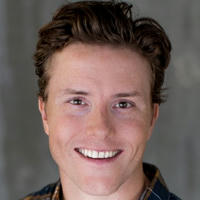 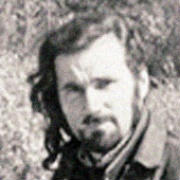