Kenneth Lamont "Kent" Bazemore Jr. (born July 1, 1989) is an American professional basketball player for the Atlanta Hawks of the National Basketball Association (NBA). As a junior at Old Dominion University in 2010–11, Bazemore won the Lefty Driesell Award, an award given to the best defensive player in college basketball.

Bazemore, a 6'5" shooting guard from Kelford, North Carolina, redshirted the 2007–08 season. As a freshman in 2008–09, Bazemore was a key rotation player for the Monarchs, averaging 4.5 points and 3.1 rebounds per game as ODU won the 2009 CollegeInsider.com Tournament. As a sophomore, he moved into the starting lineup and was a driving force for the Colonial Athletic Association regular-season and tournament champions. Bazemore averaged 8.4 points, 3.4 assists, 4.2 rebounds and 1.9 steals per game. He was named to the CAA All-Defensive team that season.

As a junior, Old Dominion repeated as tournament champions and made the 2011 NCAA tournament, losing to eventual national runner-up Butler 60-58. Bazemore averaged career highs of 12.3 points, 5.1 rebounds and 2.2 steals per game and was named the CAA Defensive player of the year and second team All-Conference. He also gained national recognition, receiving the Lefty Driesell Award given to the nation's top defensive player.

Prior to the 2011–12 season Bazemore was named the CAA preseason player of the year. He was also named a preseason Mid-Major All-American by collegeinsider.com. In his final season at ODU, Bazemore averaged 15.4 points, 6.1 rebounds and 3.1 assists per game.

At halftime of a game against state rival VCU on December 10, 2016, Old Dominion retired Bazemore's #24 Monarchs jersey and inducted him into the school's athletic Ring of Honor.

After going undrafted in the 2012 NBA draft, Bazemore joined the Oklahoma City Thunder for the Orlando Summer League and the Golden State Warriors for the Las Vegas Summer League. On July 26, he signed with Golden State. During his rookie season, he was assigned multiple times to the Santa Cruz Warriors of the NBA Development League. On March 15, 2013, he scored a season-high 14 points in a loss to the Chicago Bulls.

On February 19, 2014, Bazemore was traded, along with MarShon Brooks, to the Los Angeles Lakers in exchange for Steve Blake. On March 4, he tied his then career high of 23 points in a loss to the New Orleans Pelicans. On April 7, he was ruled out of the rest of the season after suffering a torn tendon in his right foot. On November 7, 2015, Bazemore scored a career-high 25 points in a 114–99 win over the Washington Wizards. He topped that career high mark with 28 points on December 14 in a loss to the Miami Heat.

Bazemore is a member of the Pi Kappa Alpha fraternity. While with the Warriors, Bazemore was noted for his celebrations while on the team's bench, which became a fixture on YouTube and were included in the NBA 2K14 video game.

In March 2016, ESPN writer Ethan Sherwood Strauss published a story about how Under Armour successfully signed away Stephen Curry from Nike in the 2013 offseason, and revealed that Bazemore played a significant role in the signing.

During the 2012 offseason, when Bazemore was an undrafted rookie trying to make the Warriors roster, his agent contacted Under Armour and convinced the company to take a chance on Bazemore as an endorser, noting that rising Warriors stars Curry and Klay Thompson had endorsement deals set to expire in the near future. Under Armour signed Bazemore to a deal, mainly providing massive amounts of branded merchandise—enough to allow Bazemore to provide clothing to several Warriors staff members. Once Bazemore made the team, he and his fellow North Carolinian Curry bonded over their common origins and shared work ethic. Bazemore then sold Curry on signing with Under Armour, which he did following several missteps by Nike. According to Strauss, "UA owes him [Bazemore] now. Big time." As a result, Bazemore has a six-figure deal with the company, an unusually high amount for a player of his stature in the league. The company also recognized Bazemore's role in luring Curry by signing an apparel deal with Old Dominion for seven times the amount that the school had previously received from Nike. His deal with Under Armour enabled him to provide most of the funding for ODU's new basketball practice facility. 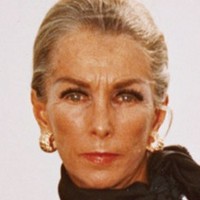