Kensuke Mitsuda (光田 健輔, Mitsuda Kensuke, January 12, 1876 – May 14, 1964) was a Japanese leprologist and director of the Tama Zenshoen Sanatorium (1914–1931) and the National Sanatorum Nagashima Aiseien (1931–1957). He had been at the frontier of leprosy policy of Japan. He was given the Order of Cultural Merits (1951) and Damien-Dutton Award (1961). He has been the cause of admiration from one side, and the target of criticism from the other.

Importance of the Mitsuda (lepromin) Reaction

Importance of the Mitsuda (lepromin) Reaction 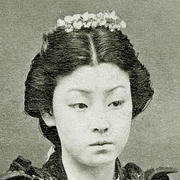