Yuko grew up in Euclid, Ohio and graduated from Brush High School, before attending both Cuyahoga Community College and Kent State University. He began his career as a buyer for Polsky’s Department Store, and went on to the Laborers’ Local #860 for 30 years, including 25 years as union organizer. He retired from that service in 2004.

Yuko resides in Richmond Heights with his wife, Pam. They have two children, Angela and Rockey.

Yuko first ran for the Ohio House of Representatives in 2004 to replace four term incumbent Ed Jerse, who was facing term limits. In the 2004 primary, he faced Euclid resident Kent Smith, but won decisively, and went on to win easily in a safe Democratic seat. He won reelection easily in 2006, 2008, and 2010. Yuko served as Chairman of the Commerce and Labor Committee for the 128th General Assembly.

Yuko expressed great interest in obtaining an appointment to the Ohio Senate after incumbent Lance Mason resigned to take a judicial position. Ultimately, the appointment went to Senator Nina Turner.

A former union organizer, Yuko is a staunch opponent of S.B. 5 and looks to lead the cause of a referendum that will repeal the changes the bill would make upon passage. He believes the current act tramples the rights of workers. 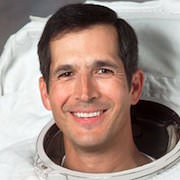