Kenneth Wayne Bushnell (born 1933) is an American visual artist, who was born in Los Angeles. He earned a BA from the University of California, Los Angeles in 1958, and then moved to Hawaii, where he received an MFA from the University of Hawaiʻi in 1961. He taught painting at the University of Hawaiʻi at Mānoa from 1961 to 1981, and was appointed chairman of the Art Department in 1991. He married fellow artist Helen Gilbert (1922-2012) in 1995. Bushnell is now a professor emeritus, living in Honolulu.
Bushnell is best known for his geometric abstract paintings, although his work also includes sculpture, light sculptures, wall reliefs, films, multimedia theater and environmental designs. His acrylic painting on cotton from 1982, Double Square Series No. 6 is in the collection of the Honolulu Museum of Art. It is typical of his geometric abstract paintings. For more than 25 years, Bushnell has been working on the Euclidean Dream Cycle which is built upon equilateral triangles and arcs of its altitude. The Bibliothèque nationale de France, the British Museum, the Brooklyn Museum, the Honolulu Museum of Art, the Museum of Modern Art (New York City), and the Whitney Museum of American Art (New York City) are among the public collections holding work by Kenneth Wayne Bushnell. 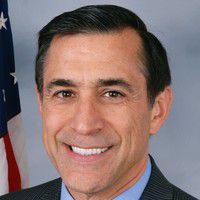