Kenelm Arthur Lister-Kaye (27 March 1892 – 28 February 1955) was an English amateur first-class cricketer, who played eight games for Oxford University in 1912, two matches for the Europeans in matches in India in 1920/21 and 1922/23, plus two games for Yorkshire County Cricket Club in 1928.
Born in Kensington, London, England, the son of Sir Cecil Edmund Lister-Kaye, 4th Baronet, Lister-Kaye attended Eton College, and played in Fowler's match in 1910. He was a rather wild left-arm swing bowler who narrowly missed his blue as a freshman in 1912. He played for the Yorkshire Second Eleven in 1913. For York C.C. in 1914, he took 7 for 19 runs against Hull C.C. and also had some successful days for the Yorkshire Gentlemen.
Lister-Kaye played for Oxford in his second year, without winning a blue, and his games for Yorkshire came against the West Indies and Leicestershire. In all his first-class matches he took 37 wickets with his left arm medium pace, with a best of 7 for 117 for the "Europeans" against the Indians in Bombay. A right-handed batsman, he scored 149 runs at 11.46, with a best of 35 against the South Africans for Oxford. He also took eight catches in the field.
Lister-Kaye inherited the family title in 1931, and became Sir Kenelm Lister-Kaye, 5th baronet.
Lister-Kaye died in February 1955, aged 62, in Tamboerskloof, Cape Town, Cape Province, South Africa. 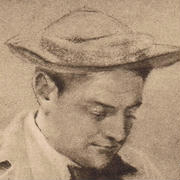