Kenneth Henry Miles (1 November 1918 – 17 August 1966) was a British sports car racing engineer and driver best known for his motorsport career in the US and with American teams on the international scene. He is an inductee to the Motorsports Hall of Fame of America.

Miles was born on 1 November 1918 in Sutton Coldfield, a short distance from the city of Birmingham. He was the son of Eric Miles and Clarice Jarvis. After a failed attempt to run away to the United States, Miles left school at the age of 15 to work as an apprentice at Wolseley Motors, who sent him to a technical school to broaden his knowledge of vehicle construction. He raced motorcycles before he served in the British Territorial Army in World War II. Miles spent the next seven years working in machinery and was promoted to the rank of staff sergeant in 1942. He was stationed in a tank unit that took part in the Normandy landings in 1944.

After the war, he raced Bugattis, Alfa Romeos, and Alvises with the Vintage Sports Car Club. He then turned to a Ford V8 Frazer-Nash.

In 1952 Miles moved from England to the US, and settled in Los Angeles, California as a service manager for the Southern California MG distributor. In 1953, he won 14 straight victories in SCCA racing in an MG-based special of his own design and construction.

For the 1955 season, he designed, constructed and campaigned a second special based on MG components that was known as the "Flying Shingle". It was very successful in the SCCA F modified class on the west coast. Miles raced the "Flying Shingle" at Palm Springs in late March, finishing first overall against veteran driver Cy Yedor, also in an MG Special, and novice driver, actor James Dean in a Porsche 356 Speedster. Miles was later disqualified on a technical infraction because his fenders were too wide, thus allowing Yedor and Dean to get 'bumped up' to first and second. During 1956, Miles raced John von Neumann's Porsche 550 Spyder at most of the Cal Club and SCCA events.

For the 1957 season (in co-operation with Otto Zipper), Miles engineered the installation of a Porsche 550S engine and transmission in a 1956 Cooper chassis and body. It was the second successful race car to be known on the West Coast as "the Pooper", the first being an early 1950s Cooper chassis and body powered by a Porsche 356 power train that was built and campaigned by Pete Lovely of Tacoma, Washington. The resulting car dominated the F Modified class of SCCA on the west coast in the 1957 and 1958 seasons with Miles driving.

Due to his great skill and talent, both as a driver and mechanical engineer, Miles was a key member of the Shelby/Cobra race team in the early 1960s. Miles described himself this way:

I am a mechanic. That has been the direction of my entire vocational life. Driving is a hobby, a relaxation for me, like golfing is to others. I should like to drive a Formula One machine, not for the grand prize, but just to see what it is like. I should think it would be jolly good fun!

With a very pronounced Brummie accent (from his hometown of Birmingham, renowned for car manufacturing) combined with a seemingly obscure and sardonic sense of humour, he was affectionately known by his American racing crew as "Teddy Teabag" (for his tea drinking) or "Sidebite" (as he talked out of the side of his mouth). He played a key role in the development and success of the racing versions of the Shelby Cobra 289 in SCCA, USRRC and FIA sports car racing between 1962 and 1965 as well as the Daytona Coupe and 427 versions of the Cobra and the Ford GT (GT40).

He became the chief test driver of Shelby-American in 1963.

Miles had a "reputation for courtesy on the track" and was sometimes called the "Stirling Moss of the West Coast". While a member of the AC-Cobra Ford Team, Miles entered a Lotus 23 in the 1964 Player's 200 at Mosport.

In 1965, he shared a Ford GT Mk.II with Bruce McLaren at the 24 Hours of Le Mans but retired with gearbox trouble. Earlier in the year, also with McLaren, he had finished second at the 12 Hours of Sebring.

The next year he won the 24 Hours of Daytona, sharing the Ford GT Mk.II with Lloyd Ruby, and then won the 12 Hours of Sebring. Several months later, sharing the drive with Denny Hulme, Miles was leading the 1966 24 Hours of Le Mans, but Ford executive Leo Beebe, desiring a publicity photo of three of their cars crossing the finish line together, instructed Carroll Shelby to order him to slow down, which Shelby agreed to. Accordingly, the next car from Ford driven by Bruce McLaren/Chris Amon and the third-place car from Ford drew up, and they cruised to the line together. The French race officials, after initially agreeing to Ford's dead-heat "photo-finish", reneged during the final hour of the race. After first declaring Ken Miles and Denny Hulme the winner, the decision was reversed. Since the Ford driven by McLaren/Amon who finished #2 had started some 20 yards behind the Miles/Hulme #1 Car, it had travelled a further distance, and Bruce McLaren and Chris Amon were declared the winners. Miles was denied the unique achievement of winning Sebring, Daytona, and Le Mans in the same year.

The Ford J-car was intended to be the successor to the all-conquering Ford GT Mk.II and, despite reliability problems, showed potential in the springtime Le Mans trials. After the death of Walt Hansgen in a J-car Ford, the decision was made to shelve the J-car and focus on the proven Mk IIs, and little development was done for the rest of the 1966 World Sports Car Championship season. Finally, in August 1966, Shelby American resumed testing and development work with Miles serving as primary test driver. The J-car featured a breadvan-shaped rear section that experimented with Kammback aerodynamic theories, as well as a revolutionary (but untested) honeycomb panel design that was supposed to both lighten and stiffen the car, but the design remained unproved with high-speed prototype sports cars.

After almost a day of testing at Riverside International Raceway in the brutally hot Southern California desert summer weather, Miles approached the end of the track's 1-mile (1.6 km), downhill back straight at top speed (200-plus mph) when the car suddenly looped, flipped, crashed and caught fire. The car broke into pieces and ejected Miles, killing him instantly. The car had suffered precisely the sort of crash damage the honeycomb construction was designed to prevent. As a result, the aerodynamics of the J-car were greatly modified to correct the rear-end lift generated at race speeds. Ford officials, under pressure after the second of two fatal accidents in the program in five months, also ordered a NASCAR-style steel tube rollover cage to be installed in future versions of the car. The death of 47-year-old Miles, following that of 46-year-old Hansgen, led Ford to favour younger drivers in subsequent race entries. The significantly revised J-car, renamed the Ford Mk IV, won the only two races in which it was entered: the 1967 Sebring (Fla.) 12 Hours, and the 1967 24 Hours of Le Mans. The steel roll cage in the Mk IV (mandated as a direct result of Miles's death) probably saved the life of Mario Andretti, who crashed violently during the 1967 24 Hours of Le Mans but escaped.

Miles is interred at the Abbey of the Psalms Mausoleum of the Hollywood Forever Cemetery in Hollywood, California.

Miles was posthumously inducted into the Motorsports Hall of Fame of America in 2001.

Ken Miles was married to Mollie and had a son, Peter Miles. When Ken died while testing a prototype car in 1966, Peter, who witnessed his father's death, was almost 15. A few months after Ken's death, Peter went to work for Ken's friend Dick Troutman at the Troutman and Barnes custom car shop in Culver City, CA. Peter stayed at the workshop for four years. In 1986, Peter joined Precision Performance Inc. (PPI), starting as a fabricator and then a mechanic before becoming the crew chief. Peter was the crew chief for Ivan Stewart when Stewart won the 1991 Nissan 400 in Nevada. In a 2019 interview with Le Mans, Peter revealed that the last time he went to Le Mans was in 1965 with his father Ken, and he has not returned since.

Peter is currently an executive administrator of a vintage car collection belonging to William E. Connor II., believed to be valued at over $80 million, which included a Ferrari 250 GTO, considered by respected Ferrari historian Marcel Massini as the best example of all 36 built.

Miles is portrayed by Christian Bale in the 2019 film Ford v Ferrari (released under the title Le Mans '66 in some parts of Europe) Miles' wife Mollie and his son Peter are portrayed by Caitriona Balfe and Noah Jupe, respectively.

The contents of this page are sourced from Wikipedia article on 04 Mar 2020. The contents are available under the CC BY-SA 4.0 license.
View Ken Miles 's image gallery
Image Gallery 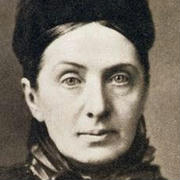 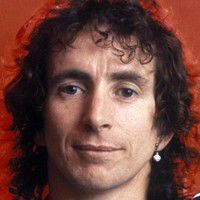 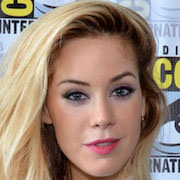