Kenneth "Ken" Choi Fung-Wah (Chinese: 蔡楓華; Jyutping: coi3 fung1 waa4; born 28 November 1960) is a singer and actor from Hong Kong. Before his music career, he worked at a summer job for approximately HK$20. He enrolled in a radio singing contest and won HK$3,000. He composed the music for the 1981 song, "Beautiful Silhouette" (倩影, "Sin Ying"), which won an award at the 1981 RTHK Top 10 Gold Songs Awards. Caron (卡龍) wrote the lyrics of the song.

At the 1985 Jade Solid Gold Best Ten Music Awards Presentation, when Leslie Cheung won three awards, Choi—who was one of the hosts of the awards show—responded, "A moment of glory is not eternal (剎那光輝唔代表永恒)," which sparked controversy. After the remark, his career declined in the rest of 1980s. He was reported to have lived with his mother in Kam Tin since. In 2000s and thereafter, Choi made several comebacks in concerts and broadcast varieties. 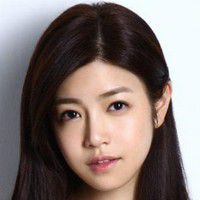