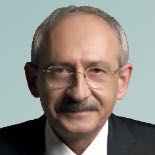 Kemal Kılıçdaroğlu ([ceˈmal kɯɫɯtʃˈdaɾoːɫu] (); born Kemal Karabulut, 17 December 1948) is a Turkish social democratic politician. He is leader of the CHP ("Republican People's Party") and has been Leader of the Main Opposition in Turkey since 2010. He served as a Member of Parliament for İstanbul's second electoral district from 2002 to 2015 and as an MP for İzmir's second electoral district as of 7 June 2015.

Before entering politics, Kılıçdaroğlu was a civil servant and served as the President of the Social Insurance Institution (SSK) from 1992 to 1996 and again from 1997 to 1999. He was elected to Parliament in the 2002 general election and became the CHP's parliamentary group leader. In the 2009 local elections, he was nominated as the CHP candidate for the Mayor of İstanbul and lost to the AKP ("Justice and Development Party") with 37% of the vote, where the candidate from the AKP got 44.71% of the votes. He was elected deputy chairman of the Socialist International on 31 August 2012.

After Deniz Baykal resigned as the party's leader in 2010, Kılıçdaroğlu announced his candidacy and was unanimously elected unopposed as the leader of the CHP. He was seen as likely to breathe new life into the CHP. Although the CHP saw a subsequent increase in its share of the vote, it has not won any elections as of 2019.

Kılıçdaroğlu was born on 17 December 1948 in Ballıca village of Nazımiye district in Tunceli Province, eastern Turkey to Kamer, a clerk-recorder of deeds and his wife Yemuş. He was the fourth of seven children. His father was among thousands of exiled Alevis following the failed Dersim Rebellion.

According to İdris Gürsoy, his family belonged to the Cebeligiller clan of the Kureyşan tribe and Zaza Kurd origin, but Kılıçdaroğlu said his background is Turkmen. Deapite his claims, it is clear he is of Alevi Zaza descent since his father was from the Alevis that took part in the Dersim rebellion. His father changed their family name in the 1950s from originally Karabulut to Kılıçdaroğlu since all the people in the village they lived in had the same family name.

Kemal continued his primary and secondary education in various places like Erciş, Tunceli, Genç and Elazığ. He was educated in economics at the Ankara Academy of Economics and Commercial Sciences (now Gazi University), from which he graduated in 1971. During his youth days, he earned his living by selling goods.

After university, Kemal Kılıçdaroğlu entered the Ministry of Finance as a junior account specialist in 1971. He was later promoted to accountant and was sent to France for additional professional training. In 1983, he was appointed deputy director general of the Revenues Department in the same ministry. At that time he worked closely with Prime Minister Turgut Özal. In 1991, Kılıçdaroğlu became director-general of the Social Security Organization for Artisans and Self-Employed (Bağ-Kur). The following year he was appointed director-general of the Social Security Organization (SSK).

In 1994, Kılıçdaroğlu was named "Civil Servant of the Year" by the weekly periodical Ekonomik Trend.

Kemal Kılıçdaroğlu retired from the Social Security Organization in January 1999. Kılıçdaroğlu taught at the Hacettepe University and chaired the Specialized Commission on the Informal Economy within the framework of the preparation of the Eighth Five-Year Development Plan. He also acted as a member of the Executive Board of İş Bank.

He retired from bureaucracy in 1999 and tried to enter politics from within Bülent Ecevit's Democratic Left Party (DSP). Kılıçdaroğlu was often referred to as the "star of the DSP". It was claimed that he would be a DSP candidate in the upcoming 1999 general election (in which the DSP came first). However, he did not succeed in this venture, though, as he could not get on the party's candidates' list. Instead, during his chairmanship of an association that aimed to protect citizens' tax payments, he was invited by the leader of the CHP Deniz Baykal to join his party. Kılıçdaroğlu accepted the invitation.

Kılıçdaroğlu's efforts to uncover malpractice among high-ranking Justice and Development Party (AKP) politicians carried him to headlines in the Turkish media. Two deputy chairmen of the ruling AKP, Şaban Dişli and Dengir Mir Mehmet Fırat, resigned from their respective positions in the party following television debates with Kılıçdaroğlu. Furthermore, he publicly accused the AKP-affiliated Mayor of Ankara, Melih Gökçek, of complicity in a corruption scandal relating to the "Deniz Feneri" charity based in Germany.

Kılıçdaroğlu was announced as the CHP's mayoral candidate for the 2009 local elections by the party leader Deniz Baykal on 22 January 2009. Kılıçdaroğlu announced that he would run his campaign based on clean politics, vowing to open cases of corruption against the serving incumbent, AKP mayor Kadir Topbaş. Claiming that he would work for the workers of İstanbul, he also challenged Topbaş to a televised live debate.

Election to the CHP leadership

Long-time leader of the CHP, Deniz Baykal, resigned on May 10, 2010 following a video tape scandal. Kılıçdaroğlu announced his candidacy for the position on May 17, five days before an upcoming party convention. According to reports, the party was divided over the leadership issue, with its Central Executive Board insisting that Baykal retake the position. But after Kılıçdaroğlu received the support of 77 of his party's 81 provincial chairpersons, Baykal decided not to run for re-election.

For a candidacy to become official, CHP by-laws require the support of 20% of convention delegates. At the party convention, which started on 22 May 2010, Kılıçdaroğlu's candidacy received the signatures of 1,246 out of the 1,250 delegates, which set a new record for the CHP.

In view of this overwhelming support, the presidium of the party convention decided to move the election, initially scheduled for Sunday, forward to Saturday. As now expected, Kılıçdaroğlu was elected as party chairman. The election was unanimous, with 1,189 votes (not counting eight votes that were found to be invalid).

Kılıçdaroğlu took office as the Leader of the Main Opposition on 22 May 2010 by virtue of leading the second largest political party in the Grand National Assembly. Many media commentators and speculators predicted that Kılıçdaroğlu would breathe new life into the CHP after consecutive election defeats under Baykal's leadership.

Kılıçdaroğlu not only campaigned for a 'no' vote against the proposals, but also sent the Parliamentary voting process to court over alleged technical irregularities. The CHP subsequently sent the proposals to court over alleged violations of the separation of powers in the proposed changes. the Constitutional Court eventually ruled against the CHP. Kılıçdaroğlu, along with members of minor opposition parties, argued that the proposed changes are an attempt to politicise the judiciary and further increase the control of the AKP over neutral state institutions. The referendum proposals were nonetheless accepted by 57.9% of voters, with 42.1% voting against.

The 2011 general election was the first general election in which Kemal Kılıçdaroğlu participated as the leader of Republican People's Party (CHP). The former CHP leader Deniz Baykal resigned from his post in May 2010 and left the CHP with 26% of the votes, according to opinion polls. Kılıçdaroğlu announced that he would resign from his post if he was not successful in the 2011 elections. He did not provide details as to what his criteria for success were. Over 3,500 people applied to run for the main opposition party in the June elections. Male candidates paid 3,000 Turkish Liras to submit an application; female candidates paid 2,000 while those with disabilities paid 500 liras. Among the candidates were former CHP leader Deniz Baykal and arrested Ergenekon suspects such as Mustafa Balbay and Mehmet Haberal.

The party held primary elections in 29 provinces. Making a clean break with the past, Kemal Kılıçdaroğlu left his mark on the Republican People's Party's 435-candidate list, leaving off 78 current deputies as he sought to redefine and reposition the main opposition. The CHP's candidate list also included 11 politicians who were formerly part of center-right parties, such as the Motherland Party, the True Path Party and the Turkey Party. Center-right voters gravitated toward the AKP when these other parties virtually collapsed after the 2002 elections. Key party figures that did not make it on to the list, criticised the CHP for making "a shift in axis."

The June 2015 general election was the second general election which Kemal Kılıçdaroğlu participated as the leader of CHP. The party won 11.5 million votes (24.95%) and finished with 132 elected Members of Parliament, a decrease of 3 since the 2011 general election. The decrease of 1.03% compared to their 2011 result (25.98%) was attributed to CHP voters voting tactically for the Peoples' Democratic Party (HDP) to ensure that they surpassed the 10% election threshold. No opinion poll (apart from one dubious poll released in March 2014) showed the CHP ahead of the AKP between 2011 and 2015.

In January 2016 President Erdoğan filed a lawsuit against Kılıçdaroğlu for making statements that implied the President is a dictator after Kılıçdaroğlu spoke out against the arrest of over 20 academics who signed a petition condemning a military crackdown in the Kurdish-dominated southeast. What Kılıçdaroğlu said was: "Academics who express their opinions have been detained one by one on instructions given by a so-called dictator"

After the 2017 Turkish constitutional referendum, which significantly expanded President Erdoğan's powers, Kılıçdaroğlu and CHP filed a court appeal against a decision by Turkey's Supreme Electoral Council (YSK) to accept unstampted ballots. Kemal Kılıçdaroğlu has said that the YSK decision may be appealed to the ECHR, but members of the AKP government have said that neither ECHR nor Turkey's Constitutional Court have any jurisdiction over the YSK decision. Kılıçdaroğlu said: "In 2014 [the Constitutional Court] said ‘Elections are canceled if there is no seal on ballot papers or envelopes.’[ ... ]The YSK can't express an opinion above the will of the parliament,[ ... ]If the Constitutional Court rejects our application, we will regard the changes as illegitimate. There is also the ECHR. If necessary, we will take the case there.”

Kılıçdaroğlu criticized the European Court of Human Rights for rejecting a petition from a Turkish teacher who applied to the ECHR claiming that he was wrongly dismissed from his position during the 2016-17 Turkish purges. The ECHR said that plaintiffs should apply to Turkey's State of Emergency Investigation Commission before applying to the Court. Kılıçdaroğlu replied: "Don’t you know what is going on in Turkey? Which commission are you talking about? People are dying in prisons. We waited five months to just appoint members."

Kılıçdaroğlu has flashed the sign of the Grey Wolves, a Turkish ultranationalist organization with connections to the country's MHP (Nationalist Movement Party). It has been suggested that this is to compete with right-wing coalitions between the MHP and the AKP (Justice and Development Party). Kılıçdaroğlu has explicitly supported the deportation of Syrian refugees from Turkey, citing economic strain on citizens and the alleged desire of humans to live in their region of birth.

On 15 June 2017, Kılıçdaroğlu started the 450 km March for Justice from Ankara to Istanbul in protest of the arrest of Enis Berberoğlu following the 2016 coup d'état attempt. Initially only joined by a few hundred protesters, the march grew to the thousands. On July 9, 2017, a final rally was held in Istanbul with hundreds of thousands of people.

In April 2018, the President of Turkey Erdoğan scheduled two elections—the parliamentary election and the presidential election. Soon after that, CHP leader Kilicdaroglu and IYI leader Meral Akşener met and have closed rank.

Kemal Kılıçdaroğlu married Selvi Gündüz (unofficially Sevim) in 1974. The couple has a son, Kerem, two daughters, Aslı and Zeynep, and a granddaughter from Aslı's marriage. Some journals denoted his Alevi identity, however Kılıçdaroğlu did not make a statement about his religious belief for a long time. In July 2011, he said "I always refused to do politics on ethnic identities and religion. I am an Alevi. Since when is it a crime to be Alevi in this country?".

He speaks Turkish and French. 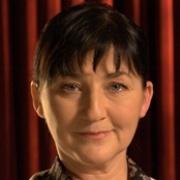 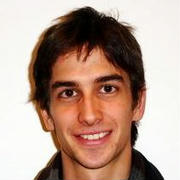