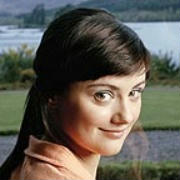 Kellyanne Farquhar is a Scottish television actress, known for her role as Amy McDougal in the BBC's hit television comedy/romance/drama series, Monarch of the Glen.

In 2005, she joined the cast of the BBC's Monarch of the Glen for its final series in 2005, in which she played the character of the boarding school runaway Amy McDougal.  For her role in the series, she won a Scottish Bafta.

The same year, Farquhar appeared in the New Found Land film Night People, which won the audience award at the Bafta Scotland awards.

In 2009, she appeared alongside Russell Loten in Rachel Lynn Brody-directed short-film, Muse Wanted.

Governed Scotland during Wars of the Three Kingdoms