Kelly Lynn Loeffler (/ˈlɛflər/; born November 27, 1970) is the junior United States senator for Georgia since 2020. She is a Republican. Loeffler served as chief executive officer (CEO) of Bakkt, a subsidiary of commodity and financial service provider Intercontinental Exchange. Loeffler is co-owner of the Atlanta Dream in the Women's National Basketball Association (WNBA).

On December 4, 2019, Georgia Governor Brian Kemp selected Loeffler as the successor to Senator Johnny Isakson, who announced his intention to resign at the end of 2019 due to health issues. She was sworn into office on January 6, 2020. Loeffler intends to run for her seat in the special election set to take place in late 2020.

Loeffler was born in Bloomington, Illinois and raised on her family's corn and soybean farm in Stanford, Illinois. In 1988, Loeffler graduated from Olympia High School in Stanford.

Loeffler graduated with a Bachelor of Science in marketing from the University of Illinois at Urbana–Champaign's Gies College of Business, where she was a member of the Alpha Gamma Delta sorority, in 1992. After college, she worked for Toyota as a District Account Manager. In 1999, Loeffler graduated with a Master of Business Administration (MBA) in international finance and marketing from DePaul University's Kellstadt Graduate School of Business. Loeffler financed her graduate degree by mortgaging land inherited from her grandparents; in campaign ads, she has also claimed to have "waited tables through school." She worked for Citibank, William Blair & Company, and the Crossroads Group after earning her MBA.

In 2002, Loeffler joined Intercontinental Exchange, a commodity and financial service provider, in investor relations. After marrying the firm's CEO Jeffrey Sprecher in 2004, a courtship described by Sprecher as her biggest risk "because if it didn’t work out, she’d be on the short end of the stick," she was eventually promoted to senior vice president of investor relations and corporate communications. Loeffler bought a minority stake in the Atlanta Dream of the Women's National Basketball Association (WNBA) in 2010. Mary Brock and Loeffler purchased the Atlanta Dream from Kathy Betty in 2011. She became the chief executive officer (CEO) of Bakkt, a subsidiary of Intercontinental Exchange, in 2018.

According to the non-partisan Center for Responsive Politics, Loeffler and her husband have donated $3.2 million to political committees. While the majority of these donations have gone to the Republican Party, some donations have gone to Democrats, including Representative David Scott (GA–13), who received $10,200. Loeffler donated $750,000 to Restore Our Future, a Super PAC supporting former Governor Mitt Romney's 2012 presidential campaign. The National Republican Senatorial Committee received $247,500 from Loeffler and her husband.

Loeffler first considered a run for office in 2014. She briefly expressed interest in seeking the Republican nomination in the 2014 United States Senate election in Georgia, but ultimately passed on the race because of Intercontinental Exchange's pending acquisition with the New York Stock Exchange.

In November 2019, Loeffler applied to succeed incumbent Senator Johnny Isakson, who had announced his resignation from the United States Senate, effective December 31, for health reasons, after being re-elected in 2016. She has stated her intention to run in the 2020 special election to complete Isakson's term. Later that month, The Atlanta Journal-Constitution reported that Loeffler was Governor Brian Kemp's choice for the seat, and he announced on December 4 that he would appoint her when the seat becomes vacant.

Loeffler was sworn into the Senate on January 6, 2020.

Loeffler will run for election to complete the remaining two years of Isakson's term. She plans to spend $20 million of her own money on her 2020 campaign. She is the first female senator in 97 years to represent Georgia in the Senate and is the state's first Republican woman to do so. Under Georgia's election law, all candidates for that Senate seat (regardless of political party) will compete in a jungle primary. If no candidate successfully earns over 50% of the vote, the top two finishers will participate in a runoff election next January. Among others, Loeffler will face Doug Collins, a Republican who currently represents Georgia's 9th congressional district in the House of Representatives. Loeffler's candidacy is backed by the National Republican Senatorial Committee (NRSC), the campaign arm for Senate Republicans, as well as several senior Republicans in the Senate.

On March 19, 2020, the public release of federal financial disclosure documents revealed that Loeffler and her husband, Jeffrey Sprecher, had sold stock in companies vulnerable to the COVID-19 pandemic with an aggregate value of several million dollars. Loeffler has denied any wrongdoing, saying the trades were made by a third-party advisor and that she learned about the trades only after they occurred. The disclosures included that between January 24 and February 14, the couple sold between $1.275 and $3.1 million worth of stock in 27 companies, while buying stocks worth between $450,000 and $1 million, including in Citrix, a collaboration software company.

On March 20, 2020, the consumer advocacy group Common Cause filed complaints with the Justice Department, the Securities and Exchange Commission and the Senate Ethics Committee for possible violations of the STOCK Act and insider trading laws in the matter of stock sales by Loeffler Burr, and Inhofe.

On April 1, 2020, it was revealed that Loeffler and Sprecher had sold at least $18.7 million in Intercontinental Exchange stock prior to the 2020 stock market crash.

An April 8, 2020 Wall Street Journal article reported that Loeffler and her husband will be selling individual stocks in an effort "to move beyond the distraction" caused by trades they made before and during the market decline caused by the novel coronavirus.

Loeffler serves on the following committees:

Loeffler describes herself as a conservative Republican. She supports the reelection of President Donald Trump. In the past, she has donated to candidates from both the Democratic and Republican parties. Since being sworn in as a senator, as of April 2020, Loeffler has voted with Trump on legislative issues 100% of the time according to FiveThirtyEight which tracks Congressional votes.

Loeffler opposes abortion and has stated she will vote for anti-abortion legislation. Although her appointment was initially opposed by the Susan B. Anthony List, the pro-life PAC endorsed Senator Loeffler in the 2020 election. Loeffler said she supports gun owners' Second Amendment rights and constructing a border wall along the Mexico–United States border. She supports the appointment of conservative judges to the federal courts.

In 2004, Loeffler married Intercontinental Exchange founder and CEO Jeffrey Sprecher. They reside in Tuxedo Park, Atlanta, in a $10.5 million, 15,000-square-foot (1,400 m) estate named Descante, bought in the most expensive real estate transaction ever recorded in Atlanta.

On March 19, 2020, the public release of federal financial-disclosure documents revealed that U.S. Senator Kelly Loeffler, and her husband Jeffrey Sprecher, dumped millions of dollars of stock the couple owned in companies vulnerable to the COVID-19 pandemic. The sales began the same day Loeffler and other senators received a private briefing from federal officials about the looming crisis. The documents also showed that the couple purchased stock in a company that would potentially benefit from the shelter-in-place orders that have since been implemented throughout the United States to prevent the spread of the virus. The company, Citrix, specializes in teleworking software. The Stop Trading on Congressional Knowledge Act (STOCK Act) prohibits members of Congress from using nonpublic information they receive as part of their official duties to buy or sell securities. At least some of the stocks that Loeffler sold were owned jointly with Sprecher and would have required his knowledge and authorization to sell, documents show.

On March 20, 2020, the consumer advocacy group Common Cause filed complaints against Sprecher and Loeffler with the Securities and Exchange Commission, the Senate Ethics Committee, and the United States Justice Department, requesting from the latter a criminal investigation of the couple for violations of the STOCK Act.

The contents of this page are sourced from Wikipedia article on 06 May 2020. The contents are available under the CC BY-SA 4.0 license.
View Kelly Loeffler 's image gallery
Image Gallery 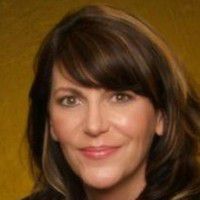 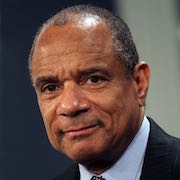