Kelly Hansen (born April 18, 1961) is an American singer, best known as the current lead singer of the rock band Foreigner.

Hansen started his career as an independent studio singer. He later met guitarist Robert Sarzo and bassist Tony Cavazo (brothers of Rudy Sarzo and Carlos Cavazo, respectively, of Quiet Riot fame), with whom he formed the hard-rock band Hurricane in 1984. Hurricane would achieve some moderate commercial success throughout the mid-to-late 1980s and into the 1990s. However, Hurricane's record label went bankrupt in 1991, and the band disbanded shortly thereafter. Hansen continued to make music, recording as a guest and session singer for many projects, including Slash's Snakepit, Fergie Fredriksen, Don Dokken, and Bourgeois Pigs. In 1998 Hansen joined the band Unruly Child, replacing vocalist Mark Free. Unruly Child recorded a new album which was released in early 1999. 2001 saw the return of Hurricane with an altered lineup and new album, Liquifury. In 2003, Hansen joined forces with Fabrizio V.Zee Grossi and recorded a self-titled album under the band name Perfect World.

Hansen joined Foreigner in 2005, after Lou Gramm left in 2003 due to continuing conflicts with Mick Jones. Hansen is the third lead singer of Foreigner, with Lou Gramm and Johnny Edwards being Hansen's predecessors.

Hansen divides his time between two homes in Los Angeles - one in Calabasas and the other in Malibu.

The contents of this page are sourced from Wikipedia article on 29 Oct 2020. The contents are available under the CC BY-SA 4.0 license.
View Kelly Hansen 's image gallery
Image Gallery 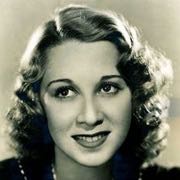