Keld Nielsen (born December 12, 1957, in Copenhagen) is a former Danish handball player who competed in the 1984 Summer Olympics.

He played his club handball with SAGA (Samvirkets Atletik- og Gymnastik Afdeling). In 1984 he finished fourth with the Denmark national handball team in the 1984 Olympic tournament. He played five matches and scored eight goals. 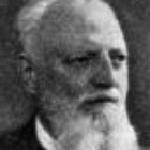