Keith Rivers (born May 5, 1986) is a former American football linebacker. He was drafted by the Cincinnati Bengals ninth overall in the 2008 NFL Draft and also played for the New York Giants and Buffalo Bills. He played college football at USC.

Rivers was heavily recruited. Then-University of Florida coach Ron Zook, noted for his recruiting ability, made a strong push, including talking to Rivers at 2 a.m. on National Signing Day in 2003. In the end, Rivers selected USC; and, to cinch the pact, the Trojan coaching staff committed to bestowing Rivers, a worthy future player, with the famed USC linebacker jersey # 55 to wear during his Trojan career, which is selectively awarded and has traditionally been given to a promising linebacker with the potential of becoming a USC football and NFL great, and includes past Trojan and NFL star players, all members of the so-called USC linebacker "Club 55", such as Junior Seau, Willie McGinest and Chris Claiborne.

USC linebacker coach Ken Norton Jr nicknamed Rivers "the Shark" for his aggressive play on the field, juxtaposed to his polite demeanor off of it.

Rivers was on the watch list for the 2006 Bednarik Award, Lombardi Award, Bronco Nagurski Trophy, and Lott Trophy. He was 2006 Rivals.com and coaches first team all-Pac-10. The All-American selection with 78 tackles, Rivers decided to stay for his senior season.

Rivers was a 2007 preseason Sporting News, Street & Smith's, Lindy's, Phil Steele's, Blue Ribbon and NationalChamps.net All-American. At the end of the 2007 regular season, Rivers was selected to the All-Pacific-10 Conference first team for the second year in a row by league coaches. He was also selected to the SI.com All-American First-team.

He graduated from USC with a Bachelor of Science in Public Policy, Management, and Planning.

Rivers was drafted by the Cincinnati Bengals in the first round of the 2008 NFL Draft with the 9th overall pick. Rivers signed a contract with the Bengals on August 5, ending the 10-day holdout.

Keith Rivers began his rookie season with 10 tackles against the Baltimore Ravens. In the following game against the Tennessee Titans, Rivers totaled 8 tackles. Against the New York Giants, Rivers recorded two tackles, while against the Cleveland Browns Rivers defensive production totaled 8 tackles. Rivers' rookie season was abruptly ended due to a shattered jaw suffered by a blindside block by Pittsburgh Steelers wide receiver Hines Ward in Week 7, where Ward used his helmet to strike an unexpecting Rivers full-force in the chinstrap. That action and the season-ending injury that resulted led to the NFL instituting the "Hines Ward Rule" after the season, whereby it would henceforth be illegal for blockers to land a blindside block using their helmet, forearm or shoulder, to strike at the head or neck area of a defender.

Despite missing the final nine games, Rivers finished his rookie season with 37 tackles, one interception, and a forced fumble. Rivers received the only vote for 2008 Defensive Rookie of the Year that didn't go to winner Jerod Mayo.

Rivers signed with the Dallas Cowboys in March 2015. 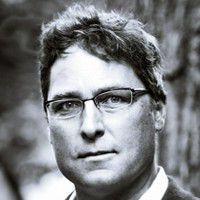 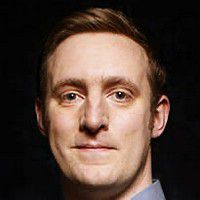