Howard Keith Henson (born 1942) is an American electrical engineer and writer on space engineering, space law (Moon treaty), memetics, cryonics, evolutionary psychology and physical limitations of Transhumanism.
In 1975, he and his then-wife Carolyn Meinel founded the L5 Society, which promoted space colonization and which was eventually folded into the National Space Society. More recently, Henson's outspoken criticism of the Church of Scientology and subsequent criminal proceedings have gained him headlines.

Keith Henson was raised as an "army brat" attending seven schools before 7th grade. His father, Lt. Col. Howard W. Henson (1909–2001), was a decorated US Army officer who spent much of his career in Army Intelligence. The science-fiction author Robert A. Heinlein played a major role in influencing his early life. Henson graduated from Prescott High School shortly after his father retired, before attending the University of Arizona and receiving a degree in Electrical Engineering.

During much of this period, Henson worked at a geophysics company, mostly running induced polarization surveys in the western US and Peru. Henson also programmed geophysical type cases and wrote data reduction programs for the company.

Henson was known at the University of Arizona as one of the founders of the Druid Student Center, where a campus humor newspaper, The Frumious Bandersnatch was published in the late 1960s. He later cited an incident that occurred in his student days as a good example of memetic replication. When asked to fill in a form that required him to disclose his religious affiliations he wrote Druid. His prank was soon noticed by other students and before long almost 20% of the student body had registered themselves as Reform Druids, Orthodox Druids, Members of the Church of the nth Druid, Zen Druids, Latter-Day Druids and so on. The university was forced to remove the religious affiliation question, breaking the chain of replication and variation.

After graduation, Henson went to work for Burr-Brown Research, now merged into Texas Instruments, in Tucson, Arizona. While there, he worked on extremely low distortion quadrature oscillators and non-linear function modules (multipliers, vector adders and root-mean-square). His first patent was a design for a 4-quadrant log-antilog multiplier. He claims to have been fired (not from Burr-Brown) in 1972 for refusing to certify an electronic module for a nuclear power plant that failed to meet a required MTBF specification. Henson then set up his own company, Analog Precision Inc., producing specialized computer interface equipment and related industrial control devices.

Henson married his first wife, Carolyn Meinel, in 1967 and they divorced in 1981.

Henson co-wrote papers for three Space Manufacturing conferences at Princeton. The 1977 and 1979 papers were co-authored with Eric Drexler. Patents were issued on both subjects—vapor phase fabrication and space radiators.

In 1980, Henson testified before the United States Congress when the L5 Society successfully opposed the Moon Treaty. The society was represented by Leigh Ratiner (later a figure in the Inslaw proceedings). The experience eventually became an article, Star Laws, jointly written by Henson and Arel Lucas and published in Reason Magazine. Timothy Leary was influenced by Henson's work-and credited him in publications where he referred to Space Migration and Life Extension.

In 1985, having been convinced by Eric Drexler that nanotechnology provided a route to make it work, Henson, his wife, and their two-year-old daughter signed up with Alcor for cryonic suspension. Henson's daughter was the youngest member ever signed up to Alcor. Following the Dora Kent problems, Henson became increasingly active with Alcor. After Alcor had to freeze their chief surgeon, he learned enough surgery to put several cryonics patients on cardiac bypass. He also wrote a column for Alcor's magazine, Cryonics, for a few years. Henson persuaded Timothy Leary to become an Alcor Member-although Leary eventually dropped his membership.

In that same year, Henson moved to Silicon Valley, consulting for a number of firms, and eventually debugging garbage collection software for the last stage of Project Xanadu. He was still working for the company that bought the Xanadu license when Scientology lawyer Helena Kobrin tried to destroy the news group alt.religion.scientology. and later e-mailed legal warnings to participants who had quoted as few as six lines of Scientology texts.

Henson's wife, Arel Lucas, was credited by Douglas Hofstadter in Metamagical Themas for suggesting the study of memes be called memetics. Henson wrote two articles on memes in 1987, one published in Analog. The other, Memes, MetaMemes and Politics, circulated on the internet before being printed. [1]

Richard Dawkins, who originated the concept of memes, approvingly cites in the second edition of his book The Selfish Gene Henson's coining of the neologism memeoids to refer to "victims who have been taken over by a meme to the extent that their own survival becomes inconsequential."

Henson has become one of the focal points of the ongoing struggle between the Church of Scientology and its critics, often referred to as Scientology versus the Internet. Henson entered the Scientology conflict when it was at its most heated, in the mid-1990s. In 1996, many of Scientology's secret writings were released onto the Internet, and the Church of Scientology embarked on a massive worldwide campaign to keep them from being spread to the general public. Henson examined these writings, entitled New Era Dianetics (NOTS), and from his examination of these secret documents, claimed that Scientology was committing medical fraud. The NOTS documents, he said, contained detailed instructions for the treatment of physical ailments and illnesses through the use of Scientology practices. A Supreme Court decision in 1971 had declared that Scientology's writings were meant for "purely spiritual" purposes, and all Scientology books published since then have included disclaimers stating that Scientology's E-meter device "does nothing" and does not cure any physical ailments. The NOTS procedures, Henson claimed, were a violation of this decision. To prove his claim, Henson posted two pages from the NOTS documents onto the Usenet newsgroup alt.religion.scientology.

The Church of Scientology immediately initiated legal action, but Henson did not retract his claims. He was served with a lawsuit by the church's legal arm, the Religious Technology Center, (RTC). Henson defended himself. After a lengthy court battle involving massive amounts of paperwork, Henson was found guilty of copyright infringement. He was ordered to pay $75,000 in fines. Henson declared bankruptcy in response to the judgment. Henson began protesting Scientology regularly, standing outside Scientology's Gold Base, with a picket sign. The organization sought to obtain a restraining order, which failed.

As a result of this conflict, Henson was charged with three misdemeanors under California Law: making criminal threats (California Penal Code section 422), attempting to make criminal threats (California Penal Code section 422, charged pursuant to Penal Code 664, the "general attempt" statute), and threatening to interfere with freedom to enjoy a constitutional privilege. Sheriff's Detective Tony Greer, Riverside County lead investigator, said: "In reviewing all of the Internet postings I did not see any direct threat of violence towards the church or any personnel of the church."

The jury verdict of the trial resulted in Henson being convicted of one of the three charges: "interfering with a religion." This misdemeanor charge carried a prison term of six months. On the other two charges, the jury did not agree. Ken Hoden, the general manager of Golden Era Productions (the Church of Scientology's film production facility), claimed that Scientology's allegations against Henson had nothing to do with Scientology's Fair Game policy, and that no such policy existed.

Henson stated his belief that if he went to prison, his life would be placed in jeopardy. Rather than serve his sentence, Henson chose to enter Canada and apply for political asylum. Henson lived quietly in Brantford for three years while he awaited the decision. His request was ultimately denied and, in 2005, he was ordered to present himself for deportation and transfer to US authorities. Instead, Henson fled to the United States and later presented himself to the Canadian consulate in Detroit. He then settled in Prescott, Arizona where he remained for two years until his arrest in 2007 by Arizona authorities.

The Electronic Frontier Foundation, as well as Henson's supporters on the USENET newsgroup alt.religion.scientology, say that his trial was biased, unfair and a mockery of justice. Henson was prohibited by the trial judge, for example, from arguing that copying documents for the purpose of criticism is fair use. Henson's location as of February 3, 2007 was the Yavapai Detention Center in Prescott, Arizona, awaiting possible extradition to Riverside County, California. At the "initial appearance" hearing on February 5, 2007, Henson stated through counsel that he was fighting extradition and requested release.

Judge Lindberg set a court date for March 5, 2007 in the Prescott Justice Court, and fixed the security for release at $7,500 cash or bond, with standard conditions. Henson's release on bond was secured. In spite of these distractions, Henson finished a space elevator presentation for a European Space Agency conference. The paper was presented by proxy on February 28, 2007.[1]

The extradition hearing for Henson was postponed to May 8, 2007, at the request of Henson's attorney and the County attorney. At his release from jail, Henson was handed paper work from Riverside County, including a warrant from September 15, 2000. At the May 8, 2007 hearing, Henson was presented with an arrest warrant, and returned to jail. In 2007, Henson was jailed in Riverside, California for "using threats of force to interfere with another's exercise of civil rights". He was released in early September 2007. 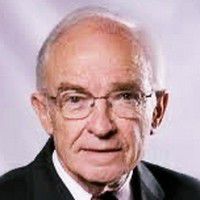