Kazuyo Sejima (妹島 和世, Sejima Kazuyo, born 29 October 1956) is a Japanese architect. She is known for designs with clean modernist elements such as slick, clean, and shiny surfaces made of glass, marble, and metals. She also uses squares and cubes, which can be found in her designs in various degrees. Large windows allow natural light to enter a space and create a fluid transition between interior and exterior. It is this connection of two spaces from which she draws her inspiration.

Kazuyo Sejima, along with and Ryue Nishizawa, has worked on several projects in Germany, Switzerland, France, England, the Netherlands, United States, and Spain. Many of their designs like the Rolex Learning Center at EPFL the New Museum in the Bowery District in New York City as well as the Glass Pavilion for the Toledo Museum of Art involve glass and public open space to interact with the world around the architecture. Such design elements can be found abundantly in their designs.

In 2010, Sejima was the second woman to receive the Pritzker Prize, which was awarded jointly with Ryue Nishizawa.

Sejima was born on 29 October 1956 in Ibaraki Prefecture, Japan. In 1981, after graduating from Japan Women's University with a master's degree in Architecture, she joined Toyo Ito and Associates.

After apprenticing with Toyo Ito, Sejima established Kazuyo Sejima & Associates in 1987. One of her first hires was Ryue Nishizawa, a student who had worked with Sejima at Toyo Ito and Associates. After working for Sejima for several years, Sejima asked him to form a partnership. In 1995, the two founded the Tokyo-based firm SANAA (Sejima and Nishizawa and Associates). In 2010, Sejima was appointed director of architecture sector for the Venice Biennale, which she curated for the 12th Annual International Architecture Exhibition. She was the first woman ever selected for this position. In 2010, she was awarded the Pritzker Prize, together with Ryue Nishizawa.

When describing Sejima's work, a viewer would notice that she mostly uses glass in all of her work. She likes slick surfaces such as marble, and her buildings mainly display an arrange of curves within the architecture of the building as well as on the surface. Kazuyo successfully combines the building with the surrounding areas. The use of a lot of sheer glasses and clear glass is used, allowing for a person to look at the outdoors, while also looking at themselves and the reflections the outside world creates on the inside of the building.

Sejima intentionally overturns outmoded stereotypical housing models as they are based on assumptions instead of reality. These assumptions include housing models that illustrate the proper living condition for a nuclear family, etc. Her idea is not to initiate a complete rejection to tradition, but rather to challenge the conventional process of design. Instead of unconsciously applying assumptions to a design, she tries to confront them consciously as best as she can. She thinks it is impossible to let a building completely based on a fictional idea or theory of what something should be.

Projects by Kazuyo Sejima and Associates

Sejima teaches as a Visiting Professor, both at Tama Art University and Japan Women's University in Tokyo. From 2005 to 2008, together with Nishizawa, she held the Jean Labatut Professorship at the School of Architecture at Princeton University, where she also served on the advisory council for several years. Kazuyo Sejima has also taught at the Polytechnique de Lausanne and Keio University. 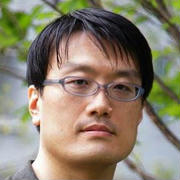 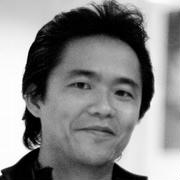 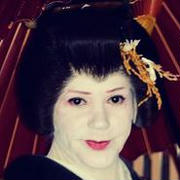