Takahashi started as a manga artist in 1982. His first work was Tokiō no Tsuma (闘輝王の鷹), published in 1990. One of his earliest works, Tennenshoku Danji Buray (天然色男児BURAY), was published from 1991 to 1992 and lasted two volumes. Takahashi did not find success until 1996, when he created Yu-Gi-Oh!

Takahashi's Yu-Gi-Oh! manga led to the creation of the Yu-Gi-Oh! Trading Card Game published by Konami. Originally intended as a one-shot in the manga's episodic introduction of new games, the game was named "Magic and Wizards" as a reference to the card game Magic: The Gathering and its publishing company Wizards of the Coast (the card game's name was changed to "Duel Monsters" in the anime adaptations). However, Shueisha, the publisher of the Weekly Shōnen Jump magazine, received so many letters and fan-mail asking about "Magic and Wizards" that Takahashi decided to extend it.

Takahashi has continued to supervise the creation of Yu-Gi-Oh! manga since the end of the original manga's run.

In 2013, the one shot manga Drump was released in Weekly Shonen Jump, based on a new game by Kazuki Takahashi.

Takahashi collaborated with Yoshio Sawai by drawing a picture of Dark Yugi for Bobobo-bo Bo-bobo, where he pops out of Bobobo's afro at one point. In return, Takahashi included the nu handkerchief in a panel of the thirty-fourth volume of Yu-Gi-Oh!.

In an interview with Shonen Jump, Takahashi stated that his favorite manga from other authors included Akira by Katsuhiro Otomo, JoJo's Bizarre Adventure by Hirohiko Araki, and Dragon Ball by Akira Toriyama. He also enjoys reading American comics, with Hellboy being his favorite American comic book character. 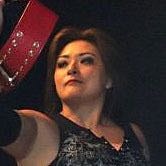