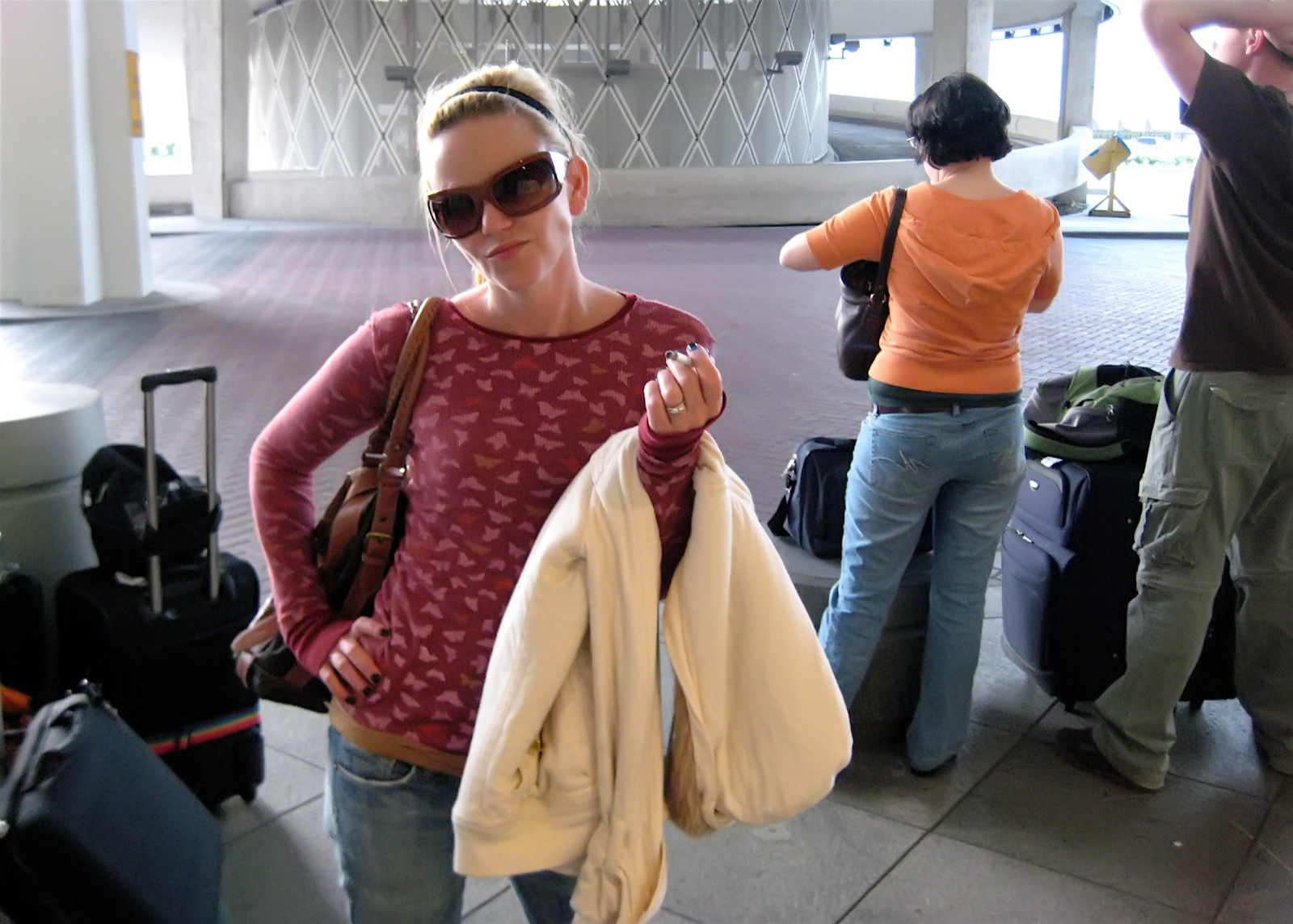 Kathleen Marie "Kay" Hanley (born September 11, 1968) is an American musician. She is best known as the vocalist for the alternative rock band Letters to Cleo.

Hanley was born in the Dorchester neighborhood of Boston, Massachusetts. She grew up diagonally across the street from Donnie and Mark Wahlberg. She was a member of Letters To Cleo from 1990 to 2000 (the length of the band's existence, with the exception of the 2008-2009 reunion tour). The band name was conceived by Hanley in reference to a pen pal named Cleo that she had when she was younger. In 1997, she began working on other projects, beginning with a role in the Boston Rock Opera's performance of Jesus Christ Superstar as Mary Magdalene.

In 1999, Hanley made a cameo as herself in the film 10 Things I Hate About You, singing a cover version of Nick Lowe's "Cruel to Be Kind" at the movie characters' high school prom, in addition to performing "Come On" with Letters to Cleo during an earlier scene at a club. Towards the end of Letters to Cleo's career, she began performing with her husband and fellow Letters To Cleo member Michael Eisenstein outside of the band. Around the same time, she gave birth to their daughter, Zoe.

Upon the split of Letters to Cleo, Hanley embarked upon a solo career. She performed music for the Kids WB cartoon series, Generation O! along with the rest of Letters to Cleo and provided the singing voice for Rachael Leigh Cook's character Josie in the movie Josie and the Pussycats. In 2002, she released her first solo album, Cherry Marmalade. That same year, she appeared on the Dropkick Murphys/Face to Face split cd, providing guest vocals on the original version of the Dropkick Murphys song "The Dirty Glass".

In 2003, Hanley was approached by Jun Senoue from Sega to co-write and perform on an original song for their upcoming entry in the Sonic the Hedgehog series, entitled Sonic Heroes. The result was the song "Follow Me."

In 2004, Hanley released a follow up to Cherry Marmalade, The Babydoll EP. That same year, she and her husband Michael Eisenstein had their second child, Henry Aaron, the name given in honor of baseball player Hank Aaron and their love for baseball.

In August 2005, Hanley recorded a cover of Iggy Pop's "Lust for Life" for the soundtrack of the Reese Witherspoon film Just Like Heaven. In September 2005, she appeared on The Tonight Show with Jay Leno as part of a pre-taped man-on-the-street segment, singing a song about falling in love at Starbucks.

Hanley was quite popular with fans of the New England Patriots thanks to her 8-0 record when singing the National Anthem for them at Gillette Stadium. The streak came to an end when the Patriots lost on January 10, 2010 to the Baltimore Ravens. Hanley is also very involved with the Boston-based charity "Hot Stove, Cool Music," both as performer and spokesperson for the semi-annual event.

She sings the main theme song for My Friends Tigger & Pooh, a half-hour Disney Channel TV show that premiered on Playhouse Disney on May 12, 2007 and "We Are the Care Bears" from Care Bears: Oopsy Does It! and Care Bears to the Rescue.

On Thanksgiving Day 2007, Hanley sang a song called "Caring Changes The World" in the Macy's Thanksgiving Day Parade on the Care Bears float as self-accompanied with her same-themed electric guitar.

In 2007-08, Hanley toured as a back-up singer with Miley Cyrus for Hannah Montana concerts and events.

Hanley is an object of affection for Detroit rapper Violent J (real name Joseph Bruce) of Insane Clown Posse, who has referenced her on several releases, notably Tunnel of Love and The Amazing Jeckel Brothers. In 2000, Hanley threatened Bruce with legal action and a restraining order, but later confirmed on an episode of the Howard Stern radio show that they had worked everything out.

In 2011, Hanley provides vocals on the Bowling For Soup track "I've Never Done Anything Like This" on their album Fishin' for Woos.

Hanley and husband Michael Eisenstein separated in November 2010 but continue to work together on various music projects.

The title of this section indicates projects that both Hanley and Eisenstein have taken an active interest in developing, in terms of playing multiple roles, including production as well as composition and/or instrumentation.