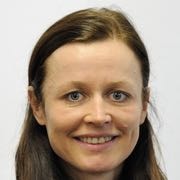 Katrin Zeller (born March 1, 1979 in Oberstdorf, Bavaria, West Germany) is a German cross-country skier who competed between 1997 and 2014. She won a silver medal in the 4 × 5 km relay at the 2010 Winter Olympics in Vancouver, Canada.

Zeller also won a silver medal in the 4 × 5 km relay at the FIS Nordic World Ski Championships 2009 in Liberec. Her best individual finish at the championships was 17th in the 7.5 km + 7.5 km double pursuit at those same championships.

Her best individual World Cup finish was third in a 10 km event at Lahti in 2008. She has seven total victories at various levels in her career from 2003 to 2008.

The contents of this page are sourced from Wikipedia article on 08 Mar 2020. The contents are available under the CC BY-SA 4.0 license.
comments so far.
Comments
Reference sources
References
https://data.fis-ski.com/dynamic/athlete-biography.html?sector=CC&competitorid=68137&type=result
https://www.fis-ski.com/DB/general/athlete-biography.html?sectorcode=CC&competitorid=68137&type=result
Trending today in