Her popularity in Germany comes from the wide coverage on local television of her participation in the Poker Nations Cup and Women's Poker Open.

Before becoming a professional poker player, Thater was the director of an event and marketing company in Hamburg and competed in dressage tournaments at horse shows. She continues competing in her spare time.

Thater represented Germany as a member of the national team in the 2006 Poker Nations Cup in Cardiff, participated in the Women's Poker Open in London. She was also a member of PokerStars Team Pro.

She won her first World Series of Poker bracelet in 2007 in the $1,500 Razz event. Other major tournament finishes include fourth place in the 2002 Austrian Classics and fifth place in the $1,000 World Championship Ladies no limit Texas hold 'em event in 2007. In 2010, she won a $1,000 buy-in 8-Game Mix Event at the PokerStars Caribbean Adventure in the Bahamas for over $10,000. In 2016, Thater continued her success at the PokerStars Caribbean Adventure, finishing second to Donald McCalmont in the $1,100 7-Card Stud Hi/Lo Split Eight-or-Better event.

The contents of this page are sourced from Wikipedia article on 09 Mar 2020. The contents are available under the CC BY-SA 4.0 license.
View Katja Thater 's image gallery
Image Gallery 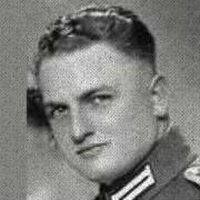