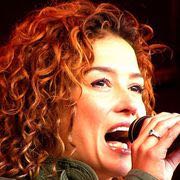 She grew up as the eldest daughter of a Dutch father and a Surinamese mother, born in Curaçao. Her sister Birgit is also a singer and actress.

Schuurman made her acting debut in 1992 on the television series Uit de school geklapt. Her breakthrough came two years later when she resurfaced in the RTL soap Goede Tijden, Slechte Tijden (GTST) as Jessica, one of Govert Harmsen's three nieces.

With two other characters from GTST she formed the spin-off girl group Linda, Roos & Jessica. Their debut single "Ademnood" (English version: "Turn Your Love Around'") topped the Dutch charts in late 1995.

The only disappointment in this successful year was the release of De Zeemeerman (The Merman); it failed to draw people to the cinemas and was voted the worst Dutch movie ever made.

Katja continued to release singles with both LR&J and on her own. She had hits with Maar nu heb ik er een, Wereldmeid, Totaal Verkocht and Lover or friend.

In 2000 Schuurman played Frida in the Salou-based movie Costa! and found herself reunited with Georgina Verbaan, who played her sister Hedwig in Goede Tijden, Slechte Tijden. Costa! premiered in 2001 and was successful enough to be adapted into a television series. Schuurman and Verbaan appeared in the first two seasons.

She married actor Thijs Römer (grandson of actor Piet Römer) in Vallery, France on August 8, 2006; their daughter Sammie was born on 22 April 2010. They divorced in February 2015.