Katja Kipping (born 18 January 1978) is a German politician who is chairperson of the Left Party and a member of the Bundestag (German Parliament).

Kipping was born in Dresden. After completing her Abitur in 1996 at Annen-Gymnasium, located in Dresden, Katja Kipping spent a voluntary social year in Gatchina, Russia. Following this, she completed a degree in Slavic studies with a minor in American studies and public law at the Dresden University of Technology, from which she obtained her Master of Arts degree in 2003.

Katja Kipping currently lives in Berlin and Dresden, is married, and has a daughter.

Kipping was heavily involved at the start of her studies at the Dresden University of Technology with the so-called Protestbüro (bureau of protest), and became a member of the Party of Democratic Socialism (PDS), the forerunner of today's Left Party, in 1998. From July 2003, she was Deputy Chairperson of the PDS, focusing on the party's "social agenda" and "contact with social movements". She was a principal proponent of a united pan-German Left political party, and on 16 June 2007, she was elected to be Deputy Chairperson of the Left Party. Five years later, delegates at the 3rd national party conference on 2 June 2012, overwhelmingly elected her to be national party chairperson, with 67% of the vote. Since then, she has represented the party along with Bernd Riexinger.

On 10 May 2014 she was reelected, along with Bernd Riexinger, as chairperson of The Left by a national party conference.

Katja Kipping was a town councillor in Dresden from 1999 until 2003. From September 1999 to 2004, she was a delegate in the Saxony state parliament, in which she was spokeswoman for traffic and energy policy.

Since 2005, Kipping has been a member of the German Parliament for the Left Party. She was listed as the lead candidate on the state-level party list in Saxony.

In the Parliament, the self-declared Hartz-IV opponent is the social affairs spokesperson for the Left. For years, she has championed the idea of a national basic income guarantee. Her home constituency is in Dresden.

From 25 November 2009 until 26 September 2012 she was the Chair of the Committee on Labor and Social Affairs in the German Parliament.

From December 2004 until April 2008, Katja Kipping was spokesperson for the Basic Income Network. She left that role in favor of working on the magazine Prague Spring. Together with Caren Lay and Julia Bonk, she was one of the initiators of the Emancipatory Left, an internal caucus of the Left Party that espouses libertarian socialist ideals.

In December 2007 Kipping joined together with members of both the federal parliament and the state parliament of Saxony for a demonstration in support of the Rote Hilfe e.V., a far-left prisoner support group. In March 2009 Kipping quit Rote Hilfe.

Katja Kipping is the editor of the Prager Frühling ("Prague Spring") magazine. The "magazine for freedom and socialism", as its subtitle states, has run since May 2008.

Kipping is also a founding member of the Institute of Modern Solidarity, a left-oriented think tank. 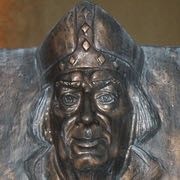