Katinka Hosszú (pronounced [ˈkɒtinkɒ ˈhosːuː]; born 3 May 1989) is a Hungarian competitive swimmer, who specializes in individual medley events. She is a three-time Olympic champion and a five-time long-course world champion.
Hosszú is the world record holder in 100 m individual medley, 200 m individual medley (long course and short course), 400 m individual medley (long course and short course), 100 m backstroke (short course) and 200 m backstroke (short course). She is the first swimmer to hold world records in all five individual medley events at the same time. She holds two-thirds of the Hungarian national records and she was named FINA Swimmer of the Year in 2014, 2015, and 2016.
She competed at four Summer Olympics: 2004, 2008, 2012 and 2016. She currently swims for the Vasas SC, under head coach Shane Tusup, who is also her husband. She is one of the most versatile swimmers in the world, and was nicknamed the "Iron Lady", which she has since turned into a fast growing International brand. She is the first race-prize dollar millionaire in swimming history.

Katinka Hosszú was born in Pécs, Hungary, the daughter of Barbara Bakos and István Hosszú. Katinka was swim coached by her grandfather, László Bakos until the age of 13. Hosszú met her future husband Shane Tusup, when they were both freshmen at the University of Southern California. After being crushed under the pressure of expectations at the 2012 London Olympics, and not medalling, she asked her then boyfriend Tusup to become her coach, replacing her coach since her U.S.C. swim team days, Dave Salo. After the Olympics, at the Beijing World Cup swim meet, she competed in 8 events, medalling in 5 of them, leading to Chinese newspapers says she was made out of iron, leading to her nickname, The Iron Lady. Hosszú married Tusup in 2013.

Hosszú and husband Tusup opened their own swim club in Hungary, Iron Aquatics in September 2016.

In August 2016, Hosszú lost a defamation lawsuit against writer Casey Barrett, magazine Swimming World, and publisher Sports Publications International, Incorporated. She had filed the lawsuit in November 2015 after the magazine published an article on its website in May 2015 questioning whether Hosszú was using performance-enhancing substances, despite Hosszú never having been found to use such substances. The lawsuit was dismissed because the judge ruled the article to clearly be an opinion piece.

Hosszú is renowned throughout the swimming world for swimming many events well in a short space of time. Since 2012 she is coached by her husband, Shane Tusup, a former swimmer at University of Southern California, on a one-on-one basis. She was previously coached by Dave Salo.

She won her first medal at the 2004 European Short Course Swimming Championships, a bronze in the 400 m medley.

At the 2009 World Championships she won two bronze medals in 200 m medley and 200 m butterfly, before becoming World Champion in 400 m medley. She was elected Hungarian Sportswoman of the Year for her achievements.

After the Olympics, Hosszú decided to part with her coach Dave Salo, and since then she has been coached by her husband (then boyfriend) Shane Tusup, a former professional swimmer himself.

In 2013, Hosszú set out to redeem herself after her medal-less performance at the 2012 Olympics. She attended numerous competitions and swam highly rigorous programs at each one, earning herself the nickname of the "Iron Lady". She earned three medals (two gold, one bronze) at the World Championships and a gold and two silvers at the European Championships. She also amassed a total of 24 golds and broke 6 world records during the World Cup series.

At the 2013 World Championships, she pulled out of the 100 m backstroke after qualifying second in the heats (preliminary races), to concentrate on the final of the 200 m individual medley which she subsequently won with a time of 2:07.92. She then touched third in the 200 m butterfly behind Liu Zige and Mireia Belmonte. She capped off her competition with a final gold in the 400 m individual medley, finishing in 4:30.41. Hosszú (right), Emily Seebohm of Australia and Missy Franklin of U.S in the victory ceremony of 2015 World Aquatics Championships 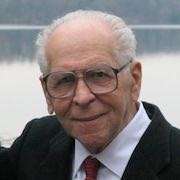