Kathryn Cave (born 1948 in Aldershot, Hampshire, England) is an award-winning British children's book author. She was awarded the very first international UNESCO prize for Children's and Young People's Literature in the Service of Tolerance for Something Else. The book was later made into a TV comic series by TV Loonland. A theatre company, Tall Stories, has adapted Something Else as a children's production, and they ran a UK tour in Autumn 2009.

She has three children, Eleanor, Joseph, and Alice, and six grandchildren. Kathryn has previously worked as an editor for Penguin and Basil Blackwell, and she currently works under contract for Frances Lincoln, an independent publishing house in North London.

She lives in Hampstead, North London. 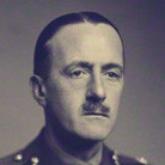