Sister of the Wright brothers

Katharine Wright Haskell (August 19, 1874 – March 3, 1929) was the only sister who lived past infancy of aviation pioneers Wilbur and Orville Wright. She was a high school teacher and later became an international celebrity when she accompanied her famous brothers in Europe.

She was born on August 19, 1874, exactly three years after Orville Wright, as the only surviving girl of Milton Wright and Susan Koerner. She was especially close to Wilbur and Orville, and when their mother died in 1889, she took over the responsibility for the household.

She graduated from Oberlin College in 1898. She then took a position at Steele High School in Dayton, Ohio. To help with the household chores, she hired a maid, Carrie Kayler, who remained with the family for decades.

When Wilbur and Orville began spending time away from home at Kitty Hawk and later in Europe and Washington, D.C., Katharine constantly wrote to them, keeping them abreast of family and hometown news. She sometimes scolded them when they didn't regularly send correspondence, and warned them of 'distractions' when in Europe.

In 1908, after nearly three years of trying, the brothers convinced the U.S. Signal Corps to allow them to test their Flyer for possible sale to the government. Orville was the pilot for the demonstrations. After a week of successful and record breaking flights, disaster struck on September 17, 1908. A broken propeller sent the airplane out of control. The crash killed the passenger, Army Lieutenant Thomas Selfridge, and seriously injured Orville, who suffered broken ribs and a broken leg. Katharine immediately went to his bedside at an Army Hospital in northern Virginia, and rarely left his room during Orville's seven week recuperation. She took emergency leave from her teaching job and was never to return.

Wilbur asked Katharine to go to France with Orville, and in 1909 they joined him in Pau. She quickly dominated the social scene, being far more outgoing and charming than the notoriously shy brothers. French newspapers were fascinated by what they saw as the human side of the Wrights. Rumors began to circulate as to Katharine's importance in the invention of the Wright Flyer. Some myths, such as her funding of the experiments, or sewing the wing coverings or help with math needed to design the aeroplane, lived on, despite strenuous denials by her and the brothers at the time. She was awarded, along with Wilbur and Orville, the Legion d'honneur, making her one of a very few women from the U.S. who have received it.

When they returned to Dayton, all three siblings were huge celebrities, and Katharine took on business responsibilities, becoming an officer of the Wright Company in 1912 after Wilbur died. The company was sold in 1915 by Orville.

Upheaval and her new life

In 1917, their father Milton died, three years after he, Katharine, Orville, and Charles and Carrie Kayler Grumbach moved to Hawthorn Hill, a newly constructed mansion in the Dayton suburb of Oakwood. Orville became increasingly dependent on Katharine. She looked after his social schedule, correspondence and business engagements along with his secretary, Mabel Beck, and ran the household as before.

In the 1920s, Katharine renewed correspondence with an old boyfriend from college days, newspaperman Henry Joseph Haskell, a widower who lived in Kansas City, Missouri. They began a romance through their letters, but Katharine feared Orville's reaction. After several attempts, Henry broke the news to Orville. He was devastated, and stopped speaking to his sister.

Katharine wed on November 20, 1926. Orville refused to attend the ceremony. Katharine and her husband moved to Kansas City, but she grieved over her broken relationship with Orville. She tried many times for a reconciliation, but Orville refused.

Two years after her marriage, Katharine contracted pneumonia. When Orville found out, he still refused to contact her. Their brother Lorin persuaded him to visit her, and he was at her bedside when she died. 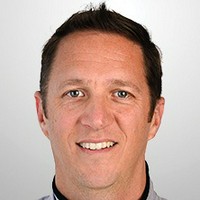