Kateřina Stradová also known as Anna Marie Stradová and Catherina Strada (1579-1629), was the mistress of Rudolf II, Holy Roman Emperor, with whom she had six children.

She had six children with Rudolf:

The contents of this page are sourced from Wikipedia article on 23 Jun 2020. The contents are available under the CC BY-SA 4.0 license.
comments so far.
Comments
From our partners
Sponsored
Reference sources
References
https://deepl.com
https://translate.google.com/
Trending today in 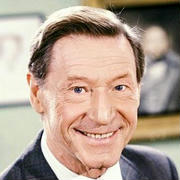